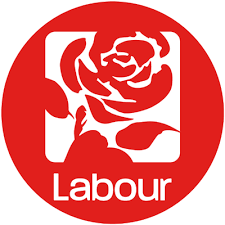 Figures covering the last three years’ worth of recruitment for the elite graduate scheme were placed online last week by the Government Skills and Curriculum Unit. They reveal yawning ethnic inequalities in the number of people recruited onto the scheme, which is designed to fast-track successful applicants into senior positions in government.

Record numbers of graduates applied to join the Fast Stream over the period, with more than 160,800 external applicants for just 3,290 places, a success rate of just under 1 in 50. But the chances of success differed greatly depending on the ethnic background of the applicant:

The disparity means that young people from Black African backgrounds were still three times less likely than White British applicants – and the least likely of all ethnic groups – to get onto the programme in 2021, with a success rate of just 0.6%.

Questions will also be raised about why the Government has not provided a breakdown of the ethnic backgrounds of external applicants to the Fast Stream in 2021, which has previously been published each year since 2010. That data has instead been combined with the figures for all recruitment, including internal schemes, making it impossible to compare success rates for external applicants from different ethnic backgrounds this year to previous ones.

“The fact that you have a 1 in 44 shot at success if you’re White and a 1 in 143 chance if you’re Black shows just how far Ministers are falling short of their promise to make the civil service the UK’s most inclusive employer.

“Conservative incompetence and denial of the existence of structural racism are creating barriers to success for young people from ethnic minority backgrounds.

“Labour has a plan to dismantle those barriers and support talented Black, Asian and minority ethnic people to reach their full potential, with a new Race Equality Act to tackle structural racial inequality at source.”