The Mayor of London, Sadiq Khan, and Chair of the London Assembly, Andrew Boff AM, will today (Monday 24th January) join Jewish community leaders, Holocaust and genocide survivors at the Imperial War Museum (IWM) London, for a service to commemorate Holocaust Memorial Day, which takes place on Thursday 27th January.

This year’s service, in collaboration with the Holocaust Educational Trust and the Holocaust Memorial Day Trust, will commemorate the survivors and victims of the Holocaust as well as those affected by other genocides. The theme of this year’s event is ‘One Day’ – a concept deliberately left open to interpretation. One way of exploring the themes could be putting aside ‘One Day’ to come together to remember, to learn about, and reflect on the Holocaust, Nazi persecution and the genocides that followed in Cambodia, Rwanda, Bosnia and Darfur, in the hope that there may be ‘One Day’ in the future with no genocide.

The ceremony will include speeches by the Mayor and Chair of the London Assembly, the El Male Rachamim memorial prayer will be read by Rabbi Epstein and Rebbetzin Ilana Epstein of the Western Marble Arch Synagogue. It will also feature personal testimonies from Holocaust survivor Steven Frank BEM, Rwandan genocide survivor Eric Murangwa Eugene MBE, as well as reflections from Holocaust Educational Trust Ambassadors. Holocaust Educational Trust Ambassadors will also deliver the Holocaust Memorial Day Statement of Commitment. Violinist Emmanuel Bach, courtesy of the Jewish Music Institute, will open and close the service.

Three times the size of the museum’s award-winning First World War Galleries and spanning two floors at IWM London, this new Holocaust exhibition sees IWM London become the first museum in the world to house dedicated Second World War Galleries and Holocaust Galleries under the same roof, examining the relationship between the Holocaust and the course and consequences of the Second World War, the most devastating conflict in human history. The new galleries address how the legacy of the Holocaust and its impact on the survivor community continues up to the present day.

The Mayor of London, Sadiq Khan, said: “The Imperial War Museum London is a fitting location for this year’s Holocaust Memorial Day service, and I am pleased to join together with community leaders and survivors to mark the occasion. The Holocaust and the Second World War were some of the most devastating events in human history, and their impact cannot be understated. Both events will soon pass out of living memory, so it is more important than ever for us to commemorate the survivors and victims of both the Holocaust and subsequent genocides; to learn their stories, preserve their histories, and ensure that tragedy and violence on this scale is never to be repeated.”

Chair of the London Assembly, Andrew Boff AM, said: “This year’s Holocaust Memorial Day theme is ‘One Day’ and it can mean many things to many people.  But one thing we can all agree on, is we will work towards that One Day in the future, when there will be no genocide.  Survivors of the Holocaust and of genocide often talk about the One Day when everything changed, and it is humbling to remember with those survivors today.  Focussing on just One Day is a starting point but every day we need to ensure it never happens again.” 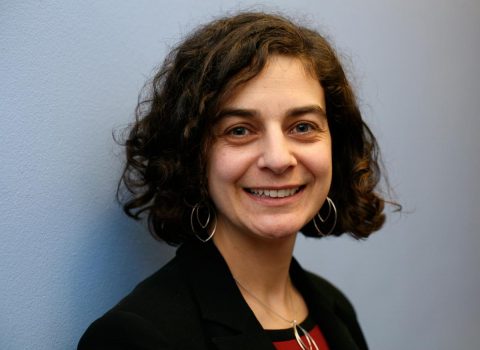 Chief Executive of Holocaust Memorial Day Trust, Olivia Marks-Woldman OBE, said: “Holocaust and genocide survivors often talk about the One Day when their lives were turned upside down. Or the One Day when an act of kindness changed everything for the better. The theme of Holocaust Memorial Day this year is One Day and as we gather in our communities, across boundaries of faith, age and ethnicity, we must learn from genocide – for a better future. For the events of one day can have an impact that last a lifetime. These moments will inspire and humble us and bring a greater understanding of the brutal truth of genocide. There are several hundred events taking place across London to mark HMD 2022, and we know at each, adults and young people alike will be making this One Day of Holocaust Memorial Day make a positive difference to them and their communities.”

Chief Executive of Holocaust Educational Trust, Karen Pollock CBE, said: “I am delighted that once again, City Hall is marking Holocaust Memorial Day, the anniversary of the liberation of the former Nazi concentration and death camp Auschwitz-Birkenau. We remember the six million Jewish men, women and children who were murdered by the Nazis and their collaborators, and we pay tribute to those who survived. As the Holocaust moves further into history, it is incumbent on all of us to grapple with the truth of the past, to hear the stories of the survivors, and to pledge to never be silent in the face of the antisemitism and hatred that allowed the Holocaust to happen.”