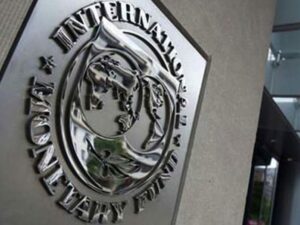 Pope Francis yesterday urged the International Monetary Fund (IMF) and the World Bank to cut the debt burden of poor countries hit by the economic impact of the COVID-19 pandemic and give their governments a greater say in global-decision-making.

In a letter to the participants of the IMF and World Bank’s annual spring meeting, the pope said the pandemic had forced the world to come to terms with interrelated socio-economic, ecological, and political crises.

This is coming as the Organisation of the Petroleum Exporting Countries (OPEC) has told the International Monetary and Financial Committee (IMFC) via Video-conference that the global oil market was on the verge of collapse before its intervention to stabilise it.

The Pope called for a new “global plan” that “necessarily means giving poorer and less developed nations an effective share in decision-making and facilitating access to the international market.”

In the letter, the pope noted that a spirit of global solidarity demands at the least a significant reduction in the debt burden of the poorest nations, which has been exacerbated by the pandemic.
“The notion of recovery cannot be content to a return to an unequal and unsustainable model of economic and social life, where a tiny minority of the world’s population owns half of its wealth,” the pontiff said in the letter to the world bodies.

Financial chiefs of the group of 20 large economies on Wednesday extended a suspension of debt servicing costs for developing countries but fell short of cancelling debt or expanding debt relief as requested by non-profit organisations.

“Financial markets need to be underpinned by laws and regulations that ensure they work for the common good,” the pope said.
He also called for what he described as “justly financed vaccine solidarity.”
He added: “We cannot allow the law of the marketplace to take precedence over the law of love and the health of all.”

With inoculation campaigns in poor African countries lagging far behind those of the rich world, particularly the United States and Britain, the pope further appealed to political and business leaders to provide “vaccines for all, especially for the most vulnerable and needy.”

“It is my hope that in these days, your formal deliberations and your personal encounters will bear much fruit for the discernment of wise solutions for a more inclusive and sustainable future. A future where finance is at the service of the common good, where the vulnerable and the marginalised are placed at the centre,” he said.
Meanwhile, in a statement by OPEC to the International Monetary and Financial Committee (IMFC) via Video-conference, the cartel said that the global oil market was on the verge of collapse before its intervention to stabilise it.

Describing the COVID-19 pandemic as one of the most severe crises in recent history, OPEC noted that in 2020, countries around the world virtually shut down, imposed travel restrictions and mandated social-distancing measures.

It stated these measures are still necessary in some regions to combat new waves of infections and virus mutations, stressing that recovery to pre-pandemic levels is not yet projected for 2021.
Following an estimated decline of 3.5 per cent in 2020, OPEC reiterated that its forecast for global economic growth remains 5.4 per cent in 2021, saying that measures to stem the spread of COVID-19 not only severely affected global economic growth, they also caused a historic demand shock in the oil market, which led to extreme volatility in oil prices.

It explained that the impact of the lockdown measures have disproportionally affected mobility and thereby fuel demand, with world oil demand now estimated by the secretariat to have contracted by a very significant 9.5 mb/d in 2020 and is forecast to grow by around 6.0 mb/d in 2021.

Similarly, it disclosed that non-OPEC supply suffered from the unprecedented events and is estimated to have declined by around 2.5 mb/d in 2020, while it is forecast to grow by around 1 mb/d in 2021.
“In response to the global crisis and the massive oil demand contraction, OPEC and 10 non-OPEC participating countries under the ‘Declaration of Cooperation (DoC) acted swiftly and decisively to contribute to more stability in the oil market, by voluntarily adjusting production.

“These are the largest and longest in duration in the history of the oil industry, lasting until well into 2022. These joint efforts succeeded in driving down the unprecedentedly high commercial oil inventories,” OPEC said.
OPEC reaffirmed its commitment to supporting oil market stability for the mutual benefit of consuming and producing nations and contributing significantly to addressing the common challenges to the global economy.