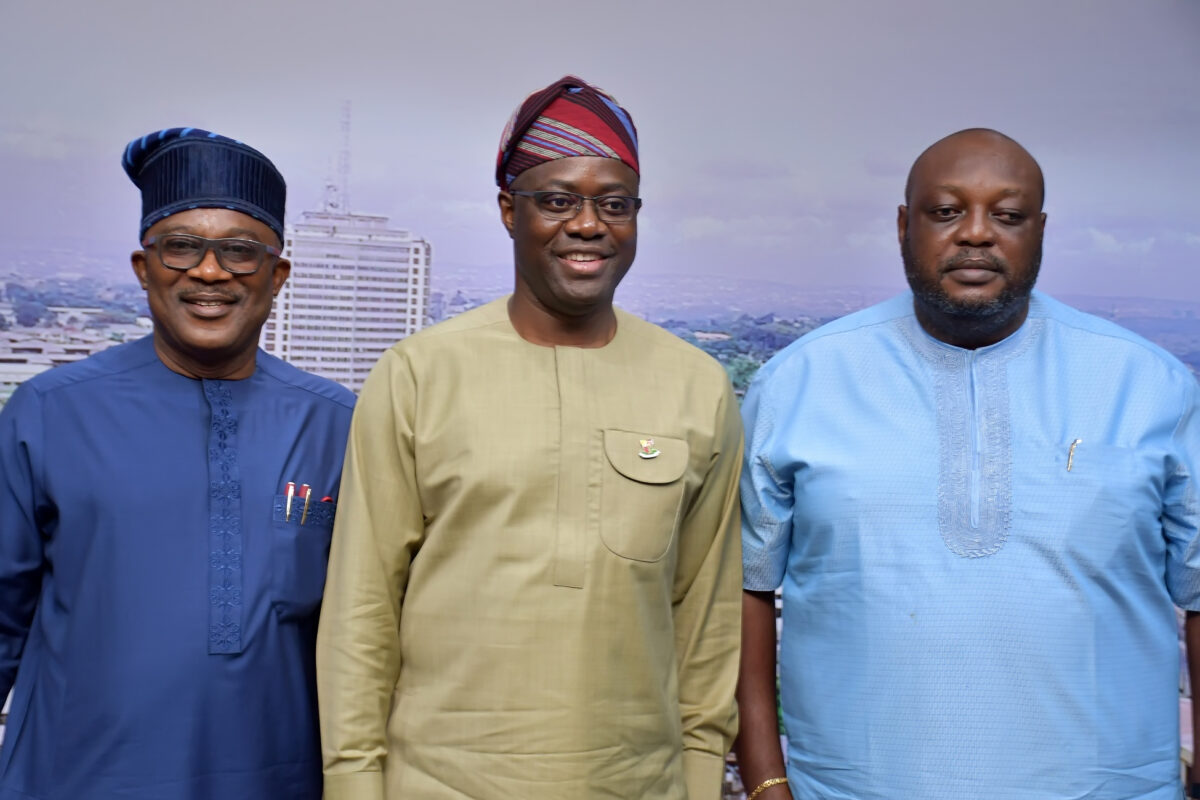 Oyo State Governor, ‘Seyi Makinde, on Thursday, asked the Federal Government to take necessary steps to uplift the standard of the Ibadan Airport, declaring that making Ibadan a regional airport will benefit the state and the national economy.

The governor, who stated this while hosting the Joint National Assembly Committee on Aviation, led to his office by the Chairman Senate Committee on Aviation, Senator Smart Adeyemi, said, however, that the state government has commissioned a study that clearly showed that a Public, Private Partnership arrangement would fast-track the planned upgrading of the airport to international standard.

A statement by the Chief Press Secretary to the governor, Mr. Taiwo Adisa, further quoted the governor as saying that the state was willing to lead the charge to turnaround the airport if the Federal Government would agree to hand it over. 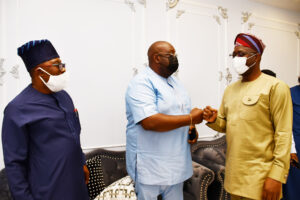 He noted that the Ibadan Airport should readily serve as the alternate airport to Lagos, adding that instead of diverting international flights to Accra, Ghana, Ibadan would serve Nigeria better.
While enumerating possible benefits of the Ibadan airport if upgraded, Governor Makinde explained various efforts of his administration aimed at improving the standards of the airport, including the rehabilitation of adjoining roads as well as provision of basic facilities at the airport.

He called on the Federal Government to do more by collaborating with the state in its resolve to uplift the airport.

According to him, an upgraded Ibadan airport would not only impact on the state’s economy by expanding its business districts, the country would also benefit as the nation grapples to grow its non-oil economy.

“You can see the calibre of people here today. This tells us how important the issue of Ibadan Airport is to us. The airport, ideally, should be the alternate airport to Lagos. So, we think if Ibadan is fixed properly, it will take away all those headaches of having to go to Ghana.

“As a government in Oyo State, we have been trying our best to do our own bit and, as a matter of fact, we have already started the process of upgrading the Ibadan Airport. We have commissioned a study to look at the airport; to look at those things we should upgrade. We know for a fact that the runway right now is 2400m/45metres and they said if we want to make it standard, it should go to 3.3km/60 metres. Even the parking area is about 25,200 square metres and we should actually push that to 76,500 to be able to accommodate wide-body aircraft. So, we are looking at the instrument landing system and the airport lighting system. 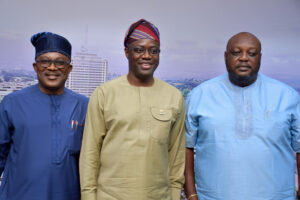 “We are in anticipation of this upgrade and we know it will happen. I have actually visited the Vice President and the Minister of Aviation. The distinguished senator said that some other governors who have spent their money building airports are coming to see how they can hand it over, but it is the reverse for us.

“We are thinking of how to take over the airport because the model is not to use the state’s funds per se, but to do a public-private partnership, where the state will join up with experts in the field and people with investable money, and we will take over that airport; do all the expansion and see if we can turn it into an international airport. Even if we don’t focus on other places around the world, we can focus on the region.

“If we have regional flight, we will probably see a lot of people fly into Ibadan from West Africa mostly. So, we have been doing our own bit.

“We just signed an MoU with KOPEC to fix the road from Iwo Road junction all the way to Alakia. It is a federal road and has been awarded by the Federal Government but not funded at this point. And we said we will provide the fund because it is our people that ply the road. So, we will fund it and any day the Federal Government decides to refund, we will get it back.

“In the early life of this administration, we awarded the road from the airport through Ajia, with a spur to Amuloko. What that will do for us is, people coming from Ile-Ife and Ogun State can have access to the airport without going into the city and the work is close to 60 per cent level of completion right now. The previous administration also awarded Beere-Akanra-Dagbolu road and we are continuing with that project. And what that does for us is, if you are coming from Ijebu-Igbo and you want to fly through Ibadan, it is almost 30 minutes drive to the airport. So, with that, the Ibadan Airport is not only going to serve the Ibadan people but other adjoining states.

“Some of the things we have noticed are not available at the airport, we have started fixing them. We have awarded a contract to BOVAS to put in a storage and dispensing facility. We have asked for a new protocol lounge and it is almost done. We have also provided a fire tender for the airport.
“We have put in our money and we will still continue to do more because the airport for us, economically, is a link to the Oluyole Industrial park and pacesetter industrial area and our central business district. Now, it is being moved to Moniya because that is where we have the rail corridor and dry port. The airport is really central to the economic development of our state.”

The governor also said that an upgraded Ibadan airport would help improve the state’s economy beyond oil. He stated that the state would be able to develop its solid minerals deposits including some of the best tourist sites like the hanging lake at Ado-Awaye and the Ikere Gorge Dam.
He added that since the Federal Government was already thinking of concessioning the airports in Lagos, Port Harcourt, Abuja and Kano, it could as well cede the Ibadan Airport to Oyo on a PPP.
While speaking, the Chairman, Senate Committee on Aviation, Senator Adeyemi commended Governor Makinde’s vision, which he said is helping to turn around the state’s economy.

Ha said that the committee already observed encroachment on the airport land and the need to enhance safety of the airport and upgrade its equipment.
He said: “We equally observed that there is need for extension of the run-way to meet up with international standard; again, the runway is calling for attention. So our coming here today is an eye opener to some of the situations that require urgent attention.
“As the legislature our duty is to call the attention of the executive to areas where they need to provide funding on one hand.
“Our duty is to make sure that we allow the executive to see areas where there is need for them to provide funding.”

Also speaking, the Chairman, House of Representatives Committee on Aviation, Hon. Nnolim Nnaji, also stressed the economic importance of upgrading the nation’s airports, particularly as an alternative to road transportation due to prevailing challenges of insecurity.

The delegation afterwards undertook an assessment tour of the Ibadan airport to evaluate its concerns.