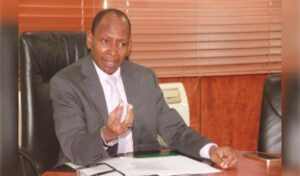 Abuja – The Accountant General of the Federation, Ahmed Idris, has said he is ready to partner with stakeholders that have valuable ideas which that would help consolidate the gains of the ongoing financial management reforms initiatives.

Idris, declared this in Abuja when he received in audience the Partners of Ernst and Young (EY) in his office led by the Advisory Leader (West Africa) Mr. Ben Afudego.

In a released signed by the Director, Information, Press and Public Relations, Henshaw Ogubike, the AGF, praised the credentials of the EY and added that the OAGF is open to value addition and with EY, that can be achieved and advised against a generalized approach.

“The OAGF does not want a generalized approach, we want specifics. No more talking and meeting, we want to achieve results” Ahmed Idris said.

Idris, whose office anchors the Federal Government’s financial management reforms, noted that the overall success of the initiatives is hinged on implementation of result-oriented ideas even as he called on stakeholders that can add value to government’s effort to come up.

Ahmed Idris further advocated for strong collaboration between some Treasury Departments and EY Consulting to drive government reforms with the application of technology.

“We are open to new ideas, we are open to value addition, we believe if we get critical stakeholders, we can achieve even more successes in the reform initiatives”, he said.

Idris maintained that the government will continue to turn its back on individuals whose approach to issues is considered incapable of meeting government’s objectives.

“As much as we want improvements in our system and value addition, we don’t want generalized approach, we want specific approach. Come up with specific things you can do to add value, we want results”, he said.

In his response Ben Afudego, said that EY was ready work with the OAGF in Revenue Protection and Improvement, Asset Tracking and Monitoring, Continuous Process Improvement, Data Analytics, Digital and other priority areas of the OAGF.

He added that the approach follows an integrated model which is structured around the budget cycle to support accurate and timely decision making.

Speaking also, Joe Cosma, one of the Partners of EY called for investment in systems and sustained efforts in building the systems.