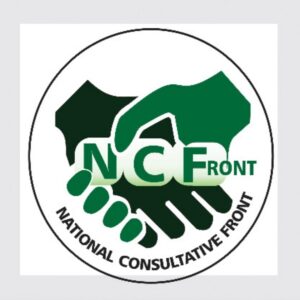 The National Consultative Front, the latest and fast trending movement in the country has responded to the Presidency through and on remark by the Special Assistant, MAL Garba Shehu over Monday’s DSS invitation of the former speaker and Co-Chair of the Front Hon Ghali Umar Na’Abba.

Except from their communications and replies.

“As decent and responsible Democrats, we wish to state that the timing, promptness and alacrity with which the DSS these days summons for questioning, those who disagree or criticise the misdemeanour, and misrule of this Buhari government like in the case of the Chairman and a frontline member of the newly launched NCFront, Former Speaker, Ghali Umar Na’aba and Former Deputy Governor of the Central Bank, Dr Mailafia Obadiah respectively, betray the sinister and dastardly motive of this regime to silence constructive criticism and responsible opposition at all cost, portending a desperate and panicky move to turn the country into a police state” 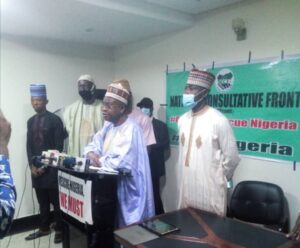 “The DSS has anything serious or concrete against Ghali Umar Na’aba (as suggested by Garba Shehu, the Presidential spokesman presently running the Nigerian Presidency without the mandate of the Nigerian peoples and electorate), why hasn’t the DSS invited the Former Speaker for questioning long before now?

The Head, Public Affairs of NC Front, Dr Tanko Yunusa, added in the statement and asked,

“Why wait till now, when he is now speaking for a major alternative political movement, the NCFront on the group’s mission to rescue and save Nigeria from the exploitative grip of the tiny political cabal who have since captured the Aso Villa, running the Nigerian Presidency as their personal Estate.”

“Why now? Are we back to the dark days of totalitarianism? Are we on the odious path to fascism?

“Why is the State so obsessed about hate speech than containing and curtailing her own obvious hate actions and reckless impunity all over the Nigerian space.

“For the avoidance of doubt, Rt Hon Ghali Umar Na’aba only read the official statement of the NCFront on the deplorable and worrisome state of Nigeria and not his personal speech.

“So we all, as a popular political alternative to this regime, wish to reaffirm our unwavering resolve to stand by our Leader.”

“When people’s rights, and freedom of speech are being stylishly stifled under the guise of hate speech and sedition, there is obviously a big trouble for the people.

“When the State Secret Service is deployed against critics of Government rather than criminals then the country is in trouble.

“When an Agency of the State other than the Courts determines, defines and punishes for what is termed as hate speech like the 5m naira fine imposed on Nigeria Info Fm by the NBC, then there is a clear descent to fascism.

He ended the statement with, “We must then get ready for a popular resistance to take back our country from such oppressive government.

More info on NCFront are