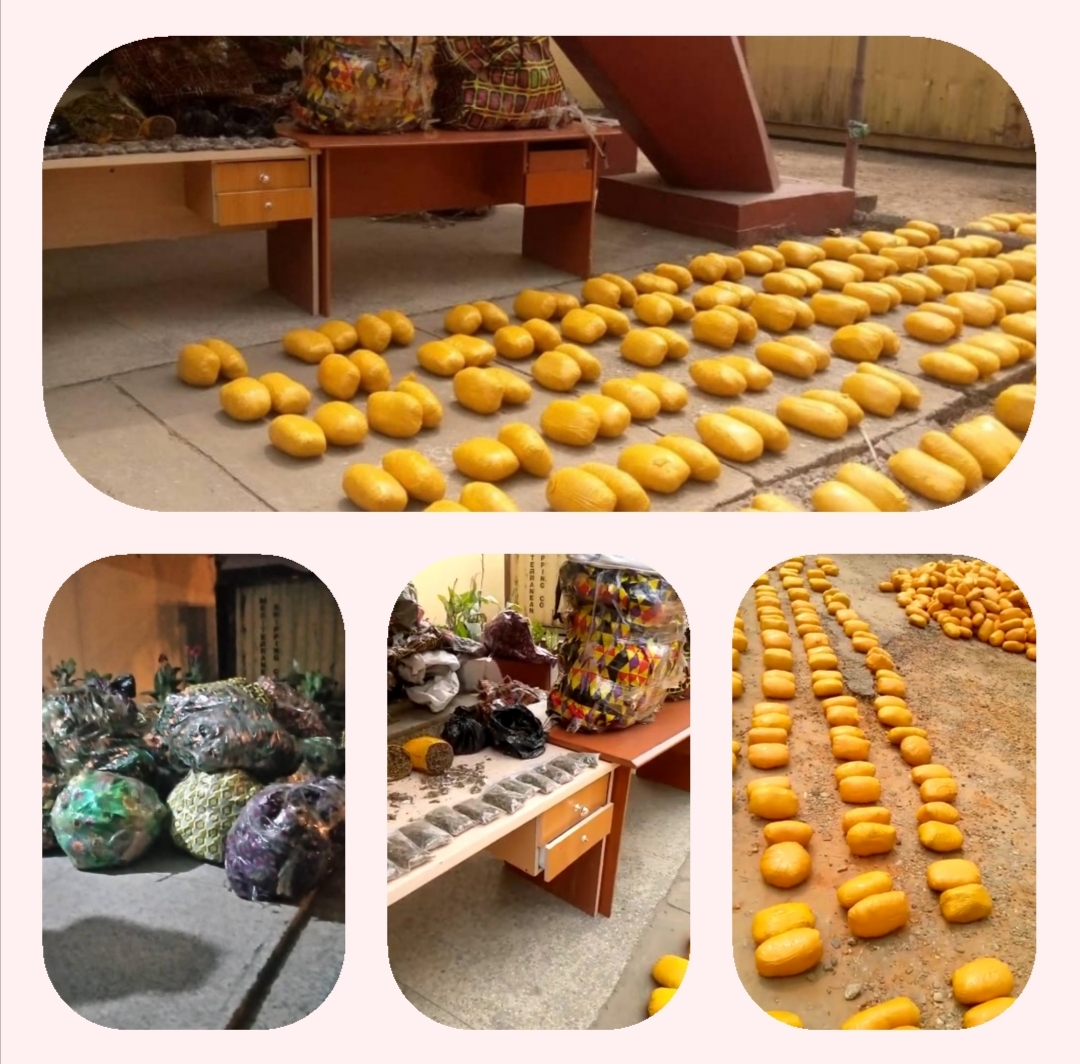 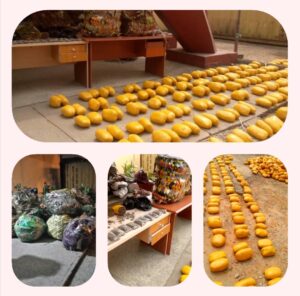 Based on a tip off, officers of the Agency stormed the cannabis warehouse in the early hours of Saturday 20th February, 2021 and recovered 23 bags of compressed blocks of cannabis sativa weighing 621 kilograms and 0.029kg of cocaine.

After evacuating the exhibits, the officers proceeded to Slaughter area of Trans Amadi, in Port Harcourt metropolis where they also recovered 0.006kg of heroin and 0.048kg of methamphetamine. The seized cannabis sativa has been estimated to have a street value of over ₦17 million.

According to the Commander, Rivers state Command of NDLEA, Rachael Shelleng, three male suspects were apprehended in connection to the seizures and taken into custody for further investigation.

She stated that both Abuja Estate and Slaughter areas of Port Harcourt have been identified as very notorious spots for illicit drug peddling, adding that the Agency will stop at nothing to ensure that the black spots and indeed the entire Rivers State is sanitised of illicit drug menace.

While commending the Commander, men and officers of the Rivers state Command for the effort, Chairman/Chief Executive of the anti-drug Agency, Brig. General Mohamed Buba Marwa (Retd) directed them and their colleagues across all the states in the country and special commands to intensify the heat and take the battle to the criminals’ hideouts.

“With the support of all stakeholders, this war is winnable. The arrest few days ago in Lagos of a suspect who has been on the run for over 10 years confirms that the maxim of the new NDLEA, that the criminals can only run, they can’t hide, is working, because we’ll smoke them out of their hiding places”, he stated.