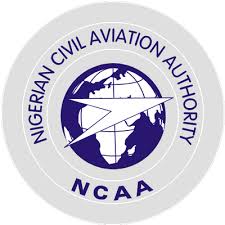 As part of the Federal Government effort to recover debt, the Nigeria Civil Aviation Authority has shut down Glo telecommunications company mast in Abuja over the non-payment of outstanding debt of 4.7 billion. The action was taken to enforce regulation and to ensure the safety of aviation in Nigeria.

The Director-General, Captain Musa Nuhu in accompany of Minister of Aviation Sen. Hadi Sirika and NCAA staff said “The action we have taken is for the safety of aviation in Nigeria, it’s our responsibility that any mast of a certain height, we are supposed to regulate it and to ensure its properly cover and it is no threat to any low flying aircraft like helicopters, drone and not necessary passengers’ flights.” 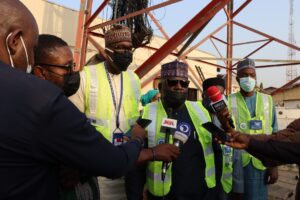 He said the agency mapped out all masts with a certain height and put in the chart and the process of doing that requires money and those erected supposed to pay for it, saying all the communication service providers except Glo have been complying with this. The company have paid only 500 Million out of the 5.2 billion owing, the outstanding debt now is 4.7 billion Naira. 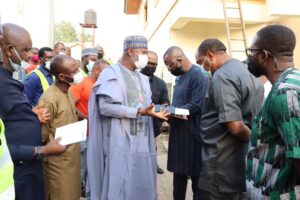 Capt. Nuhu said, “when I resumed office, I have seen over 10-15 correspondences in the past written to Glo, we reached out to them we start speaking we give them a bill they raised a point and we review the bill to be fair to them, although it comes down a bit, we asking them for a payment plan but they walked way, adding that it is government money and we don’t have authority to waive a dim”.

He added that “None of the communication service providers has that amount overdue for payment. I think this start in 2007, is not something that starts today. This has been going on for almost 15years, we don’t like shutting down things like that but we have to take this drastic action because of the financial situation and pressure from different sectors of governments like the Federal Ministry of Aviation, Fiscal Responsibility Commission, Auditor General, Accountant General and different committees in the National Assembly”. 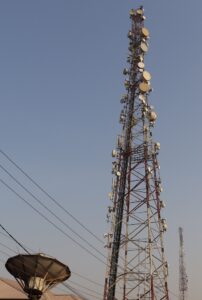 “We keep carrying this debt in our account year in and year out, we are under tremendous pressure, we need to sort this out and clean those things so that we can get them off our records. We have taken this action to get their attention so that they can come and make some payment. They made a little payment they can make an additional payment and give us a concrete payment plan and how the rest of the money can be paid. He explained.

The Minister of Aviation Sen. Hadi Sirika said he was there to give the agency moral support in its effort to recover debt from the Glo communication company.