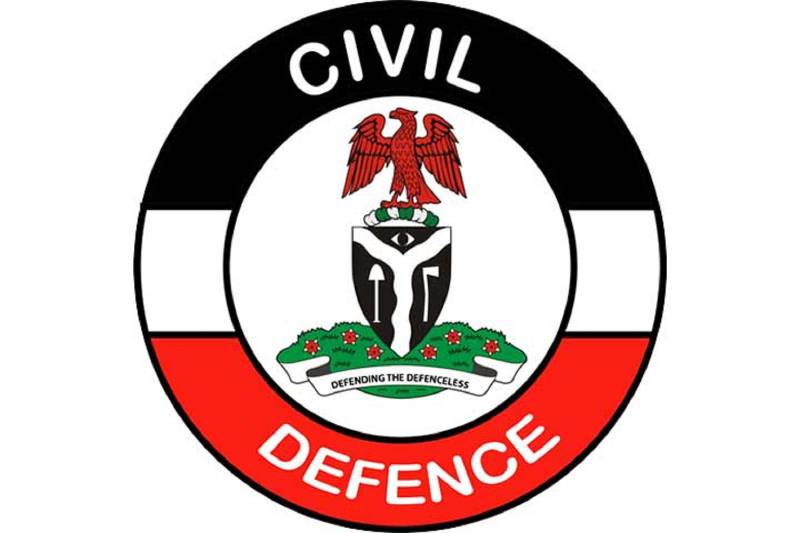 The giant strides by these two enviable role models, Odosenlu-Alaro, a community in Ijebu North- East Local Government Area and Onward Cooperatives, an investment and thrift association, both in Ogun State, aimed at redefining and contributing to the security development and growth of the Nigeria Security and Civil Defence Corps, Ogun State Command Headquarters, Abeokuta, in their respective domains, deserves a big commendation and applause considering their efforts at making security of lives and property affordable and accessible to and for their communities and its environs.

On its own part, Onward Cooperatives, in exactly a year or thereabout, financed, built, furnished and handed over a a multi-million naira divisional headquarters at Opeji to the NSCDC and it did not also stop there. The association went ahead to redouble its efforts by also building another outpost in the same Opeji for the comfort and usage of the Nigeria Security and Civil Defence Corps.

During the commissioning of the first building by the erstwhile State Commandant, Mr. Hammed Abodunrin, he thanked and appreciated the Onward Cooperatives for their thoughtfulness and sincerity at claiming the public space against criminal elements through communal efforts and painstakingly doing so for not just her people alone but also for the use of the Corps. Abodunrin in his words, prayed that posterity would judge them rightly having added to the value of security in the State, in no small measure. 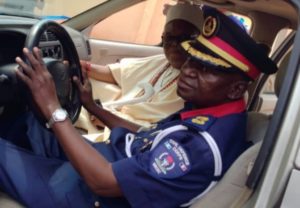 In the same vein, at Odosenlu-Alaro, a close-knit community in the Ijebu North-East Local Government Area of the Gateway State ably led by its highly committed royal father, Alayeluwa, His Royal Highness (Oba) Adedotun Oduneye Odusanya (JP), also financed, built, furnished and handed over a complete division to the divisional headquarters at Ijebu North-East.

During the commissioning about two months ago by the current State Commandant, Mr. Kolawole Taiwo, he requested that the community should step up their efforts to make the officers mobile so as to ease their efforts at taming insecurity in and around the community and other neighborhoods. In the exact words of the State Commandant, “I am Oliver Twist and as we all know, he always ask for more and to that extent, I seek and appeal that Kabiyesi and the good people of Odosenlu-Alaro Kingdom would step up their game at redefining security in Ogun State by also equipping the divisional command with an official Hilux Vehicle for the mobility and ease combing of the community by the Corps personnel”.

That dream was fulfilled in less than two months as the Royal Father, his Committee of friends (home and in diaspora) and the entire Odosenlu-Alaro Community rose up to purchase the brand new Hilux Van which was commissioned, donated and handed over for the use of the Divisional Headquarters, by the community led by its chairman fund-raising Committee for the van, Barrister (Hon.) Ayo Odugbesan.

While Odugbesan was delivering his goodwill message at the commissioning programme held recently on Friday, October 29, 2021 in Odosenlu-Alaro, he promised that the Kabiyesi, sons and daughters of Odosenlu-Alaro Kingdom are solidly behind the Corps and all security agencies in the State to make life more meaningful for the inhabitants of the community.

In his own submission, the Olu of Odosenlu-Alaro Kingdom, Oba Odusanya said “the Nigeria Security and Civil Defence Corps, particularly, the ones I am working with here are very dedicated, committed and ready to work and I believe that’s the way all of you are so as a grassroot agency and having seen how close knitted you are to the grassroot people of Odosenlu-Alaro Kingdom, I felt it is very important and only security-wise to do this and I would do even more however, I seek the cooperation of your personnel to be proactive in intelligence because to whom much is given; a lot more is also expected” he intoned.

While commending the community and the royal father, the State Commandant appreciated the giant strides and efforts of the people and thanked them profusely on behalf of the Corps Commandant General, Ahmed Abubakar Audi (PhD, mni). The State Commandant also promised to reward the efforts of the Divisional Officer, DSC Olumide Kilanko, for his good works by officially handing him a commendation letter and to encourage him to put more efforts at guiding and protecting the lives and property of the people at this critical time.

Commandant Taiwo also called on other well meaning Ogun citizens to see this as a wake up call and also a welcome development and a necessity to stamp out crime from our various communities across the State. He noted that government at all levels are trying their best to improve security but the contribution from private and individual concerns would also redefine and assist the Corps and other security agencies in improving the security architecture and challenges bedeviling the country today which are auspiciously surmountable and tamable.

Other good will messages were delivered by brother royal fathers and well wishers who came to felicitate the community from far and near particularly including but not limited to the following: Alayeluwas HIs Royal Highnesses (Oba) Dr. M A Yusuff, Sopenlukale of Oke-Sopen; Oba Abdul-Rasheed Cossy Salami, Saderenren of Isoyin; Oba Oluseyi Olusaanu Osokoya, the Ajalaye of Ilugun-Alaro; Oba Gabriel Adebisi Onafuwa, Oliworo of Iworo; Oba Oluremi Owolabi Obayomi, the Elese of Ilese-Ijebu; Oba Adeleke Adekoya, Bejeroku of Oke-Agbo, Ijebu-Igbo; and Venerable AIK Adeleke, who also said the opening prayers.