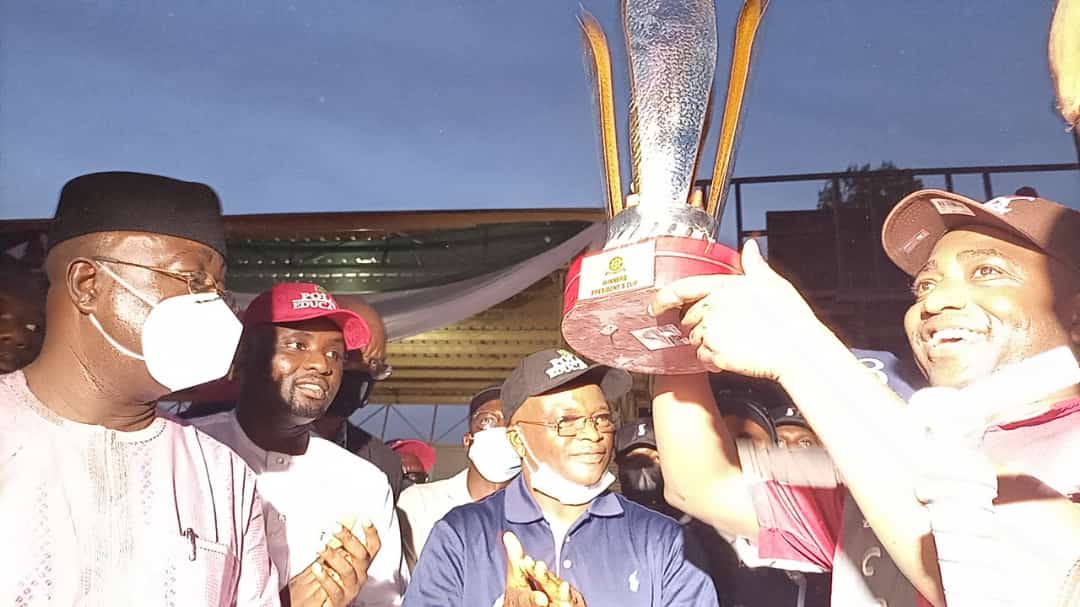 The virtues of the  Billionaire Business giant and Philantropist, late  Capt Idahosa Wells Okunbo weekend came alive at Keffi Polo Ranch Tournament as the organizers  immortalized  his legacy and dedicated a trophy to be competed for annually in his honour.

The late commercial pilot and humanist was until his demise was a patron of Keffi Polo ranch in Nasarawa state was a strong pillar to the development of polo games in the state.

The late business mogul who passed on to Glory in August 8th , 2021 at a private clinic in London.

The one week event  attracted the  creme dela creme of the society and lovers of polo game across the Country who witnessed the special tournament played by professional in honour of their patron, late Capt Hosa and the representation of trophies to winners.

Osahon, an Entrepreneur and trained  Engineer while reacting to the honour said the Okunbo’s family are indeed honoured by the gesture and noted that  their late father built bridges that cut across ethnic, religion, tribe or creed and thanked the organizers.

“On behalf of myself and the entire Okunbo’s Family, I  want to say we are indeed grateful. We are gratefull to Hon Ahmed Wadada whom we all consider as a family member. Our late father lived a good  life worthy of emulation. His love for humanity knows no bound so we are not surprise that this is happening. We are indeed grateful”