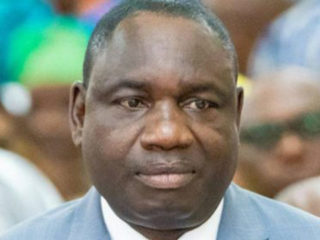 LAGOS HAS A SPECIAL PLACE FOR YOUTHS – OMOTOSO

“Lagos State has a special place for young people, who are doing great things.” Those were the words of the Lagos State Commissioner for Information and Strategy, Mr. Gbenga Omotoso, when he appeared on Real Talk With Kike, a Silverbird Television talk show.

Omotoso recalled Governor Babajide Sanwo-Olu’s visit to some Tech Hubs, saying he accompanied Mr. Governor and discovered how youths are using technology to resolve everyday challenges. He said it is an indication that quite a large number of jobs can be created in the Education and Technology pillar of the T.H.E.M.E.S development agenda.

His words: “The Government will do everything possible to support these youths to achieve their dreams in Lagos State.”

“As part of strengthening this sector, the State Government is poised to establish a Technology Cluster in Yaba. The cluster – Knowledge, Innovative Technology and Entrepreneurship (K.I.T.E), will be sited on 2,200 square metres of land.”

“As part of its Smart City Project, the Lagos State Government is laying a six-kilometre fibre optic cable around the State. Of the first-phase 3000 kilometres, 1,800 kilometres have been completed. With this, 100 schools and 12 hospitals have been connected for faster internet. Service providers are queuing up to take advantage of the system.”

According to Omotoso, the Fibre Optic Cable project is a major component of the T.H.E.M.E.S Agenda of the administration and it is the key infrastructure that will drive the strategic policy document, particularly the Third Pillar ‘E’, which stands for Education and Technology. It will also drive the ‘M’ Pillar – Making Lagos A 21st Century Economy.

While stating that 150 CCTV cameras have been installed and activated to test-run the Fibre Optic initiative, Omotoso said that the Smart City Project will further enhance the penetration of technology and empower youths in their activities.

Speaking on the operations of commercial motorcycles popularly called Okada, the Commissioner asserted that Okada is not part of the “Greater Lagos Journey”, but the riders will not be sent out without the provision of alternatives, which include the First Mile and Last Mile buses to take people to their final destinations. He noted that there is planned upskilling of youths willing to drop Okada riding, to embrace other vocations, including being part of the new bus initiative.

He affirmed that the personnel of the Lagos State Taskforce are still enforcing the law, which prohibits Okada and tricycle (Keke) operators from plying certain routes, highways and bridges but the impact is yet to be felt due to the huge number of Okada riders flooding the State daily.

The Commissioner said, “We have seen how Okada has led to accidents while the police have released statistics that affirmed Okada is being used for crimes, which should not be allowed to continue.”

On street begging, Omotoso acknowledged that it is an organised business, adding that the Government is doing a lot to discourage the practice along with others such as street trading, hawking and child labour.

“Lagos, as a sub-national, cannot stop citizens of other States from coming into this State, but our emphasis is that they must obey the law and desist from illegal activities,” he said.

The Lagos State Government, he noted, frowns at the negative practices of using children to beg and revealed that the administration initiated Project Zero to ensure no child is left behind in basic education by going after out-of-school children and those on the streets to bring them back into schools.

In response to the recent suspension of Twitter operations by the National Broadcasting Commission, NBC, Omotoso affirmed that he is an absolute believer in free speech and would not support the stifling of the press, but there is no right without responsibility.

According to the Commissioner, Sanwo-Olu’s administration has good relationships with media organisations and would never take media freedom for granted or do anything that will hinder free flow of information to Lagosians.

He said, “As an editor, I don’t agree with the broadcast of contents that are not fit for public consumption, including sourcing for contents on social media without credible sources” and advised that social media should be used for the development of society and in the interest of the nation.