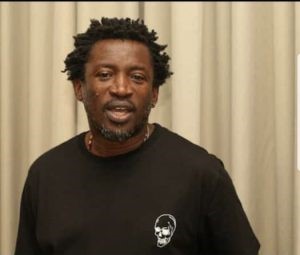 Lagos agog as ‘Our Duke has gone mad again’ is staged

“Our Duke Has Gone Mad Again”, a play produced by Duke of Shomolu Productions, is to be staged in Lagos on Saturday.

The play is one of the four to be staged by the theatrical play producing outfit this month.

According to Mr Joseph Edgar, Chairman, Duke of Shomolu Productions, the play is a satirist look at society.

“Our Duke Has Gone Mad Again” is a satirical look at the Nigerian society.

“It pokes a mischeivious finger at society’s underbelly.

“It is guaranteed to annoy the audience; it will take a bold and vivacious look at themes like polygamy, white garment Churches and loss of loved ones.

“The play will also look at leadership and so many other issues.

“It is generally a satirical look at society,” Edgar told the News Agency of Nigeria (NAN) on Saturday in Lagos.

Other plays to be staged this month in Lagos include a rehash of “Ufok Ibaan” which was first staged at the Ibom Hall in Uyo.

Ufok Ibaan, which depicts the Ikot Abasi women’s riots, will have Sen. Udoma Udo Udoma, whose grandmother is depicted, and Chief Emeka Anyaoku, as Special Guests of Honour.

It is scheduled to be staged on Sunday, Dec. 11.

Another play is “Awo”, which, in its first showing, attracted the Vice President, Prof. Yemi Osibanjo and Gov. Babajide Sanwo-Olu of Lagos State.

“Awo, which is directed by Makinde Adeniran, is expected to throw up leadership issues which remain critical as Nigeria head toward 2023,” Edgar told NAN.

The play, scheduled for Christmas and Boxing days, is an 80-man cast directed by William Benson that will have Itsekiri chiefs and other prominent Nigerians in attendance.

Co-produced by Mofe Atake, SAN, Julius Rone and Amaju Pinnick, the play will take the audience through the robust reign of Ogiame Erejuwa II, the grandfather of the current Olu of Warri, Ogiame Atuwatse III.