Nigeria has lost one of the greatest contributors to her economic growth and a dedicated philantropist. 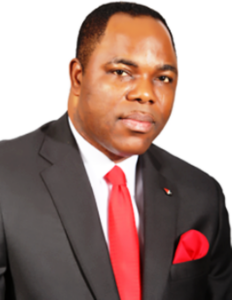 In a condolence message released by his Media Adviser, Ademola Adedoyin, Dr Ayeni paid tributes to the late businessman, describing him as a rare personage who combined profound business skills with deep compassion.

“With this sad passage of Captain Okunbo, who I fondly called Baba mi, just as he also affectionately addressed me, Nigeria has lost one of the greatest contributors to her economic growth and a most compassionate philantropist of uncommon hue.”

“As a brother and a business partner, even though there were moments of great disagreements, especially in the very recent past, one never lost sight of the unique attributes of this great entrepreneur.”

“His uncommon devotion to goals attainment, his entrepreneurial skills, his business acumen and, above all, his compassion for the people he loved will be sorely missed.”

“This death is particularly painful as we always had faith that in spite of the health challenges that he was battling, he was going to pull through, more so because he was a man of faith who believed in divine intervention.” 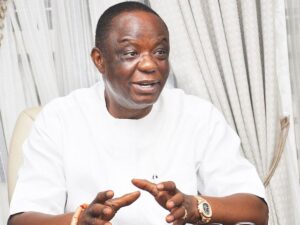 Dr Ayeni noted that while the death of the billionaire business mogul “is a great loss to his family and to us all, we take solace in the fact that Captain left an indelible mark on the sands of time and his legacies are imperishable and will endure for ages.”

“Biola and I are saddened by the passing of a brother and business partner and our hearts and prayers are with the entire Okunbo family at these very trying times.

“We pray that God Almighty will grant the entire family the fortitude and strength that a most challenging time like this requires even as we pray for the repose of the soul of Captain.”

We’ve lost a brother – Obaseki mourns Capt. Hosa Okunbo
Previous Post
UBEC begins development of E-learning software for use at the basic education level in Nigeria.
Next Post
You May Also Like