The Chief Press Secretary to Governor Seyi Makinde, Mr. Taiwo Adisa, on Sunday, accused opposition figures in the state of a deliberate plot to chase away investors and slow down the state’s economy. 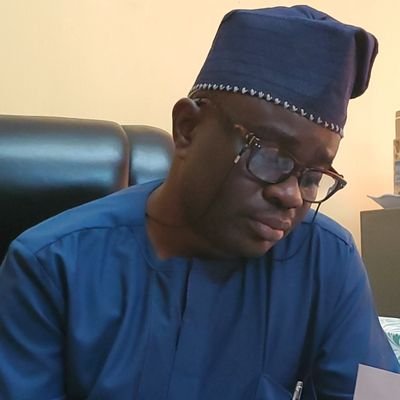 Adisa, who was reacting to a statement credited to the governorship candidate of the African Democratic Congress (ADC) in the 2019 election in the state, Chief Femi Lanlehin, said that the opposition leaders’ penchant to raise the alarm around issue of insecurity and exaggerate the same beyond the realm of reality is a ploy to create fear in the minds of residents of the state and slow down its thriving economy.
Adisa, who wondered whether Lanlehin has just woken from sleep to issuing a statement attacking Makinde over a matter that is already being handled by the Governor and the appropriate security agencies, counselled against trying to profit unduly from a sensitive matter as security.
He said: “The whole nation applauded Governor Seyi Makinde for leading the state’s economy out of the difficult situation he met in 2019.
“Rather than allow the economy to stagnate, verified statistics indicated that the governor grew Oyo State economy by as much as 26 per cent last year despite the spiral effect of the COVID-19 pandemic.
“And that is besides the landmark developmental projects that all can see across the state.
“But it is obvious that the opposition in Oyo State is unhappy with the developmental strides of the Makinde-led administration in the state and that they will do anything to drag attention to pockets of insecurity, which the administration is striving daily to bring under control.
“Rather than join hands with the Governor to find lasting solutions to the incidences of crime and criminality occasioned by the general failure of the APC-led Federal Government to secure Nigerian borders and stop the influx of bandits and criminal elements, leaders of the APC have been gloating over such instances.
“It is a clear signal of the measure of evil they wish for the state and an obvious demonstration of their unpatriotic conducts.
“Whereas cases of insecurity are widespread across the 36 states of the federation and the FCT Abuja, it is disheartening that only the opposition in Oyo State including Chief Lanlehin, has been known to attempt to grab the headlines in celebration.”
Adisa, who called on residents of the state not to yield to the false alarm being created by opposition elements, said security measures put in place by the government are already yielding results.
“Let us put it on record that every attempt to  create a sense of fear in the people of Oyo State will fail, as the security measures put in place by Governor Makinde is already yielding positive fruits.
“While we know that the opposition in Oyo is seeking to gain cheap popularity from portraying Oyo in bad light over insecurity, we can only wish they desist from such inhuman conduct, which is capable of destroying the state beyond repair,” the statement added.

URBANISATION: Aliyu Charges Town Planners To Address challenges facing the cities.
Previous Post
Investing In Research Will Boost the Economy – Tetfund Boss
Next Post
You May Also Like