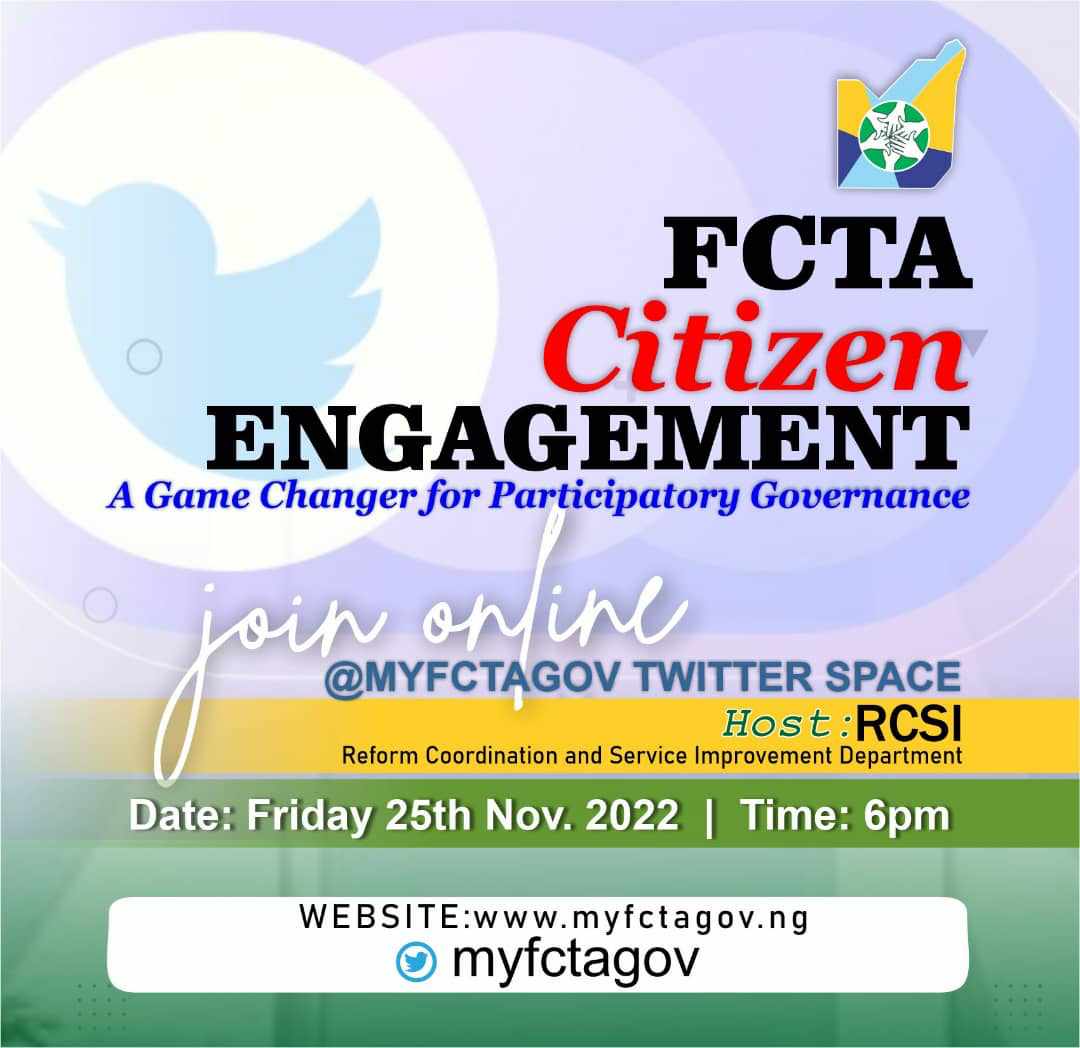 As the need for citizens participation in governance continues to gain ground in Nigeria especially with the use of the various social media platforms, the FCT Administration has resolved to host a weekly Twitter Space to interact with citizens.

Acting Director, FCTA department of Reform Coordination and Service Improvement, Dr. Jumai Ahmadu stated this in a statement made available to journalists on Wednesday.

The statement disclosed that the Federal Capital Territory Administration, in its determination “to ensure robust relationship between the government and its citizens”, decided to host the first Twitter Space by the Administration.

Dr. Ahmadut added that the Twitter Space, which will be hosted by the Reform Coordination and Service Improvement Department will be hosted weekly, and will feature all Secretariats, Departments and Agencies of the FCT Administration.

The statement reads in part: “The FCT Administration understands the importance of every citizen, irrespective of their demography, and Twitter is a platform that provides access to various demographics, especially the young people.

“The Twitter Space will afford residents of the FCT the opportunity to understand the roles of various agencies of government, especially the FCT Administration, send feedback and ask questions on government services within the FCT.

“This initiative will go a long way in improving service delivery in Nigeria’s Federal Capital Territory”.

The first edition of the FCTA Citizen Engagement Twitter Space which is themed: A Game Changer for Participatory Governance, will be live on the @myfctagov twitter handle on Friday, 25th November, 2022 by 6:00pm.

The Department calls on all residents to join in and be a part of running the nation’s capital with a view to contributing to improved service delivery by government.