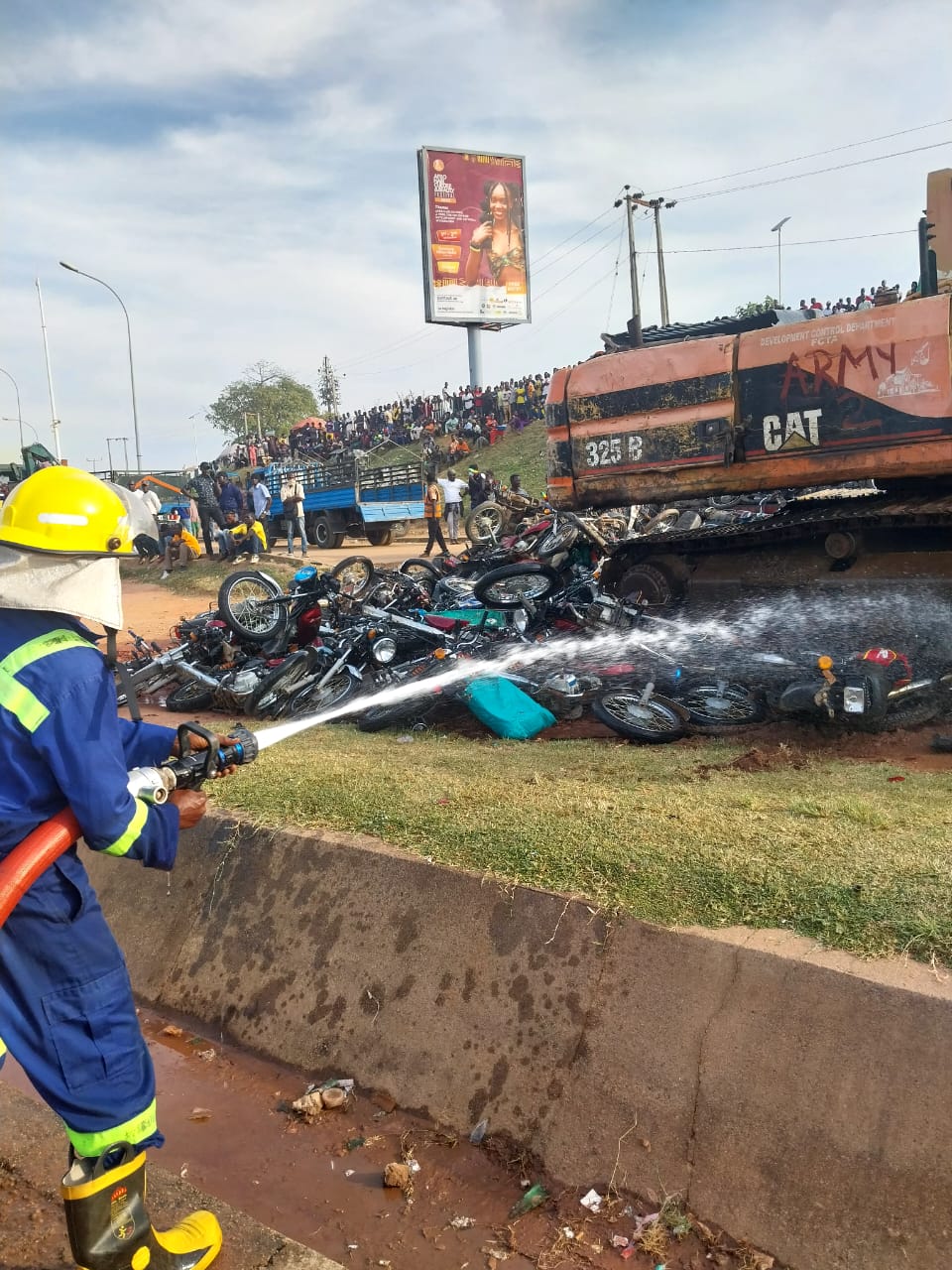 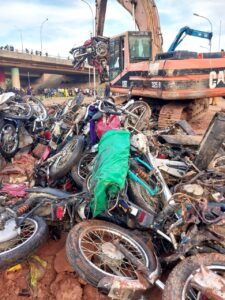 In Continuation of the different moves to make sure the Nigeria Capital Abuja takes her pride of place among cities of the world, the Nigeria Federal Capital Territory Administration FCTA on Wednesday crushed a total of 365 motorbikes at the Garki Area of the the federal capital city.

While the Federal Capital Territory Administration (FCTA) has not pronounced a total ban on commercial motorcycles operation, there are districts where they are not allowed to operate.

Notwithstanding the restrictions,  the defiant bike owners and operators have remained adamant in flaunting the partial ban which led to the recent resolve to crush them as a way of making bold statement with the action to erring operators of these motorbikes

The massive raids  through Guzape, Durumi districts,  Airport road-Lugbe and Kubwa was supported by combined military and para military squads.

Speaking after the exercise, Senior Special Assistant to FCT Minister on Monitoring, Inspection and Enforcement, Ikharo Attah said the worst situation which the Minister is worried about, is the flagrant attitude of these operators to abusing traffic rules, and incessantly driving on the wrong lanes. 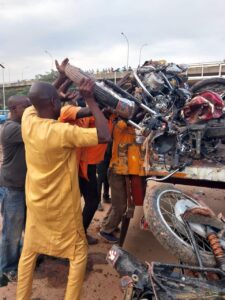 He said the administration only allowed them to operate in interior villages and estates, where possible,but they have continued to violate the restrictions with serious arrogance and incessant violent attacks on enforcement officers.

According to him, the new policy of impounding the bikes and immediately crushing them, was a signature project initiated to serve as deterrent and also eliminate the crowd that always besiege the office of Directorate of Road Traffic Services ( DRTs) to beg for the release of the bikes.

Attah disclosed that FCT Minister has given a marching order that the bikes should be impounded and crushed immediately, and this may not be unconnected with reports of Okada riders attacking people and also committing serial crimes in the city.

In his words, ” This operation is a signature project and a decision of the FCTA Security Committee, they agreed that we should go back to massive enforcement of the ban on commercial motorcycles in the Federal Capital City as well as some strategic locations, like the airport road and Kubwa where they have become a big threat to the people.

” We have brought the 356 motorcycles here in Area 1 for immediate crushing because the menace cannot continue. We have gotten complain daily about Okada riders across the city.

” The operation cannot be said to be high handedness because since 2006 when the ban started, the impounded bikes hardly get back to them. The Minister has given us a marching order to impound and crush in the full glare of everybody to avoid the allegation that the bikes were seized and given to somebody else. 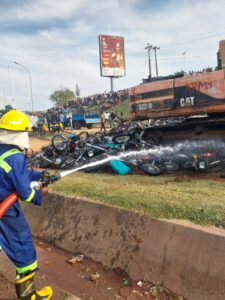 ” They have been asked to leave the Federal Capital City and you they are here wrecking havoc, committing crimes and killing people.

” Last week in Durumi a personnel in uniform was stabbed and killed, another officer was also stabbed on the head by these same characters, the Okada riders. We have gotten a forfeiture orders for all of these”, he added.

Also Speaking, the Mandate Secretary, FCTA Transport Secretariat, Abdullahi Candido noted that if the the commercial motorcyclists continue to defy all government’s entreaties to them, by allowing them to operate within designated routes, they will continue to suffer losses.

Candido also disclosed that there the Secretariat will never succumb to the preasures from any quarters to allowance form of illegalities in the nation’s capital.

In his remarks, the Director of Road Traffic Services, Dr. Abdulateef Bello said the second outing  of the joint task team was commenced to  ensure a clean up of commercial motorcycles from the City center

He reiterated the need for the Okada riders to obey the traffic rules and all other regulations that will make them acceptable in the areas their operations are permissible.