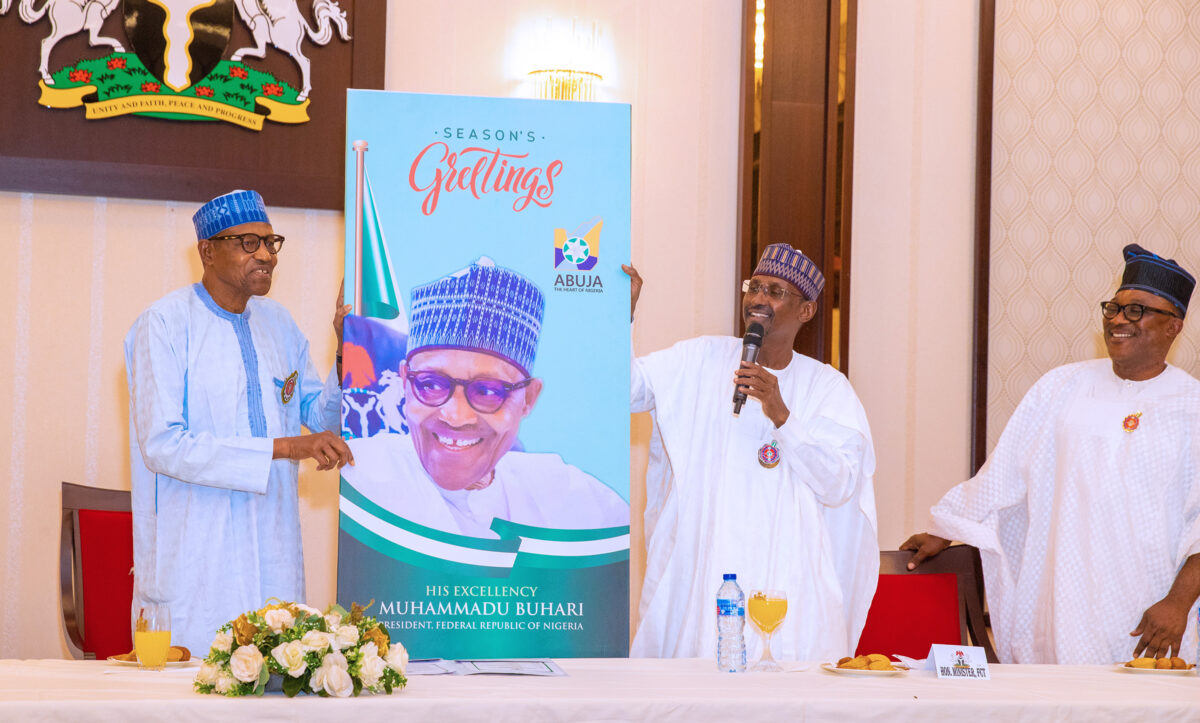 I Will Retire Quietly To Daura After May 29, Buhari Says At Last Christmas Day Homage. 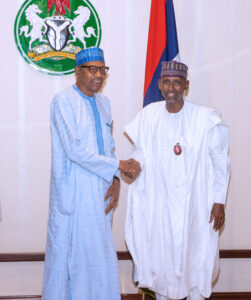 Nigeria President Muhammadu Buhari on Sunday gave a firm indication that he will  return to his hometown Daura in Katsina State after he hands over power come May 29 2023. Stating clearly that he will not be hanging around Abuja in order not to interfere in the affairs of the office of his successor.

President Buhari explained that his decision not to make Abuja a permanent abode is to allow his successor a free hand to operate and run the affairs of government.

The President was speaking to residents of  FCT led by the Minister, Mohammed Musa Bello, who paid him the traditional Christmas Day homage at the Aso Rock Presidential Villa Abuja.

The President also told members of the FCT community that he has not built a new house in Daura or anywhere and hopes to live in his same house, of many years.

President Buhari also used the occasion to commend the FCT Minister, saying he retained the cabinet position for so long because of his honesty and hardwork.

Earlier In his remarks, the FCT Minister expressed delight that the Christmas homage had returned after two years suspension due to the outbreak of COVID-19.

He prayed God Almighty to grant the President a peaceful and healthy retirement.

The Vice Chairman, Christian Association of Nigeria (CAN), FCT, Rev’d Stephen Panyan, commended the President for doing his best for the country and prayed that he will bequeath a legacy of fairness, justice, inclusiveness and management of diversity to Nigeria.

Speaking on behalf of CAN National President, Archbishop Daniel Okoh, the religious leader reassured the President of the support of the Christian community to all his programmes to bring progress and prosperity to Nigeria. 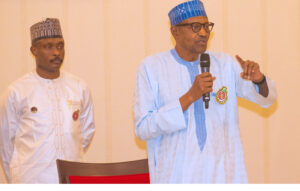 President Muhammadu Buhari Speaking during the Christmas Homage held at the State House Sunday in Abuja.

Stressing that the Christian community has not given up hope on Nigeria, Panyan encouraged the President to continue to do his utmost best for the country and citizens ‘‘he loves so much’’, while trusting God for divine intervention.

On his part, Chairman, Senate Committee on FCT and Senator representing Kogi West, Smart Adeyemi, declared that the nation’s capital has enjoyed religious harmony in the last seven and half years because of the good leadership of President Buhari.

He also lauded the President’s record on press freedom, freedom of expression and human rights.

He noted that in the midst of a barrage of criticisms of this administration, the President has never ordered the arrest, incarceration or harassment of any journalist or political opponent.

Adeyemi appealed to the President to use his good offices to ensure fairness and equity in the process of electing the next Governor of Kogi State, as witnessed in the presidential primaries of the All Progressives Congress (APC) that produced Asiwaju Bola Ahmed Tinubu as candidate and Senator Kashim Shettima as running mate.