How Buhari appointed CAN chairman Obasanjo once called an ‘idiot’ –Adesina 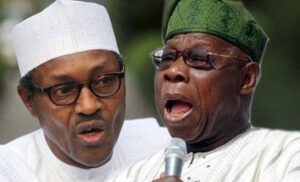 Adesina, who stated this in a piece on Friday titled, ‘The Priest And The President’, compared how his principal and the former President treated religious leaders.

Buhari’s aide said Obasanjo visited Yelwa-Shendam in Plateau in May 2004 during an ethno-religious crisis that led to bloodbath in the area and met with the different stakeholders.

“During the dialogue session, the then Chairman of Christian Association of Nigeria in Plateau State asked a question the President found offensive. And the Owu man, a retired Army General, flew off the handle. He let out this fusillade:

“What role have you played to bring about peace as CAN Chairman in Plateau State? CAN, my foot! What kind of CAN Chairman are you? Did your own Christianity teach you about revenge? You are an idiot. A total idiot. And I have no apologies for that,” Adesina quoted Obasanjo to have said.

Adesina described as sacrilegious, the comments and reaction of the ex-President whose middle name is Matthew.