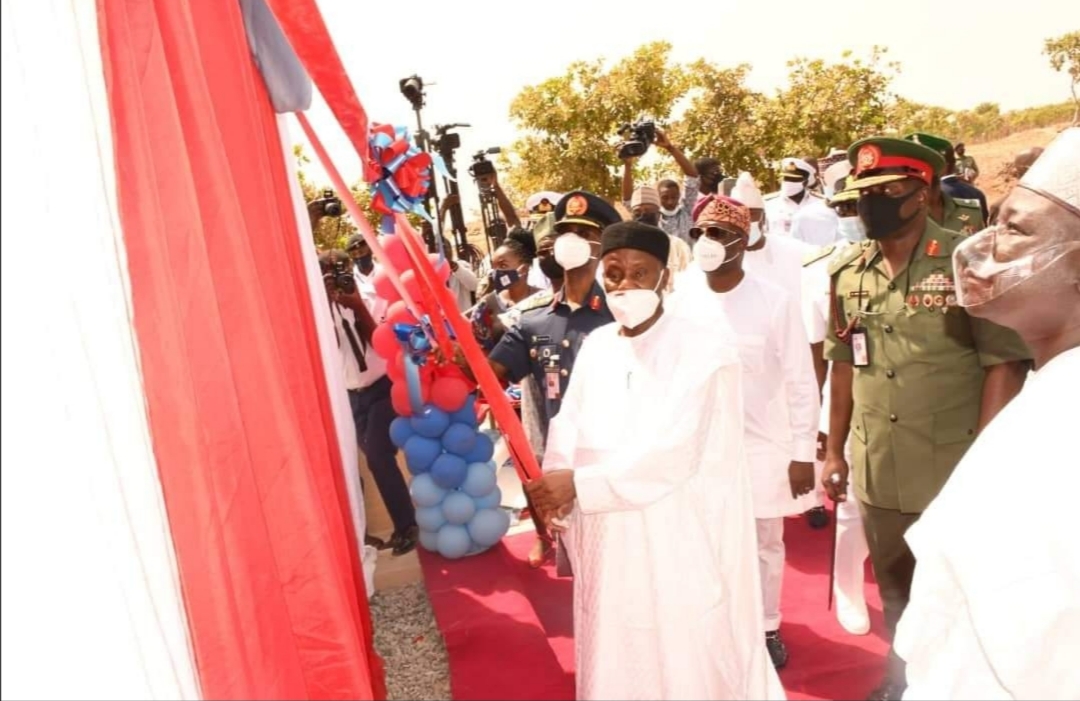 DEFENCE MINISTER ASSURES ON TOTAL COMMITMENT TO CURRENT INTELLIGENCE DRIVEN MILITARY OPERATIONS – APPRECIATES PRESIDENT BUHARI FOR HIS SUPPORT.
The Minister of Defence Major -General Bashir Salihi Magashi (rtd) has challenged the Defence Intelligence Agency (DIA) to see its mandate as a catalyst to successful conduct of the ongoing Military Operations to end insecurity in parts of the country.

General Magashi stated this as special guest at the Commissioning of the agency’s Idi Musa Staff Housing Estate, Kyami along Airport road Abuja.

He said the nation’s current security challenges have resulted in higher demands for up- to-date actionable intelligence to decimate the criminal elements operating as insurgents, bandits and kidnappers in parts of the country.

The Defence Minister assured the agency of the unabated support of the Commander-in-Chief of the Nigerian Armed Forces, President Muhammadu Buhari and that of the Ministry of Defence to enable it to continue to play pivotal role in providing intelligence support for the conduct of Military Operations.

Earlier in his address, the Chief of Defence intelligence (CDI) Air Vice Marshall MS Usman listed the Agency’s achievements under his watch to include completion of forty infrastructural and technical projects, successful passage of the DIA Pension Board Act by the National Assembly as well as the establishment of DIA Special Strike Team.and maintaining a proactive posture in intelligence enterprise with the increase in the numbers of State Cells in aid of National security imperative.

While thanking the Commander- in- Chief of the Nigerian Armed Forces, President Muhammadu Buhari for the opportunity to serve the nation he said the estate which is named after the fifth Chief of Defence Intelligence late AVM Idi Musa was built solely through budgetary allocations.

The climax of the ceremony was the unveiling of the ultra modern estate and the cutting of the tape by the Minister of defence maj Gen Magashi and assisted by members of the National Assembly and the representatives of diplomatic corps.
SIGNED.
Mohammad Abdulkadri.
Special Assistant To The Minister of Defence (Media & Publicity).