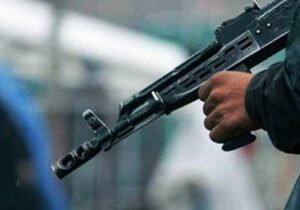 Unidentified gunmen have killed a young man travelling on motorcycle around Ndele Community axis of the East-West road in Emohua Local Government Area of Rivers State. This was happening just about 24 hours after the Executive Chairman of LGA, Chief Tom Aliezi, disbanded the local vigilante groups, that was providing security communities of the LGA. It was learned that the LG boss had stopped operations of the local vigilante OSPAC in all communities of the LGA, following alleged reports of unprofessionalism. However, it was gathered that criminals had taken advantage of the decision to resume hostility in area. A source privy to the incident yesterday, noted that the victim hails from Ibaa Community and was heading to Elele Alimini in the same LGA, before the unknown bandits attacked. The source who preferred anonymity stated that the killers also made away with all valuables and an undisclosed amount of money belonging to the victim. A relative of the victim, Wisdom, who took to his facebook page to announce the development, disclosed the name of the victim as Chikweri Nmegbu, noting that the victim was from Ogbelegba area of Ibaa Community.

Wisdom said: “Chikweri Nmegbu, a cousin of mine was gruesomely murdered along East-West Road while he was journeying from Rumuji to Elele Alimini where he resides with his family. He was found to be shot in one of his eyes, two legs and abdomen. “The Police officers who came to report about the incidence to the family said they were able to identify his community when they looked through the documents lying by his corpse. Also his motorcycle which he rode on and other valuables including money were all carted away by the assailants. “The members of Nmegbu’s family, Ogbelegba village and indeed the entire Uvuahu clan are saddened to hear about the callous manner in which this harmless young man was killed.” He called on relevant authorities to swiftly investigate the incident and the killers of Chikweri to book. Meanwhile, at press time, Public Relations Officer of the State Police Command, SP. Nnamdi Omoni said, police are not yet aware of the development.