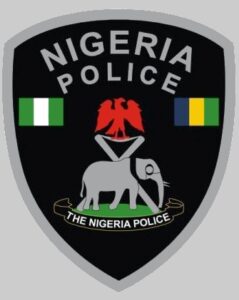 As a result of incessant terrorist attacks on some communities in Borno State, residents of four local governments in the state are fleeing into Yobe communities, the police have revealed.

The local governments, according to Yobe State Police Command, are Gubio, Magumeri, Kaga and Konduga.

He said: “They are believed to have relocated from their ancestral homes due to incessant attacks by unknown gunmen terrorizing their communities while in search of food items and other valuables.

“In a proactive move, over two thousand (2000) migrants so far have been profiled by the command for security reasons, while the influx of persons into the state is yet ongoing.

“The migrants have so far settled in areas which include Geidam, Tarmuwa, and Gujba Local Government Areas of Yobe State as well as Isori, Kuka Reta, Kasesa and Kalallawa Villages around the state capital, Damaturu.”

According to Abdulkarim, “The Command has commenced investigation with regards to the cause of the migration, while emplacing necessary strategies to ensure public safety and prevent criminal elements from taking advantage of the situation.

“In this vein, the Command urges the good people of Yobe State to be vigilant and report all suspicious person(s), object(s) and vehicle(s) to the nearest police station/formation.”

In another development, the police in Yobe State said the prevalence of road traffic accidents in the state has become a cause for concern as available statistics revealed that over 200 cases of motor accidents were recorded by the state Traffic Department between 1st January, 2020 to date.

Abdulkarim in the statement, said: “Forty one (41) were fatal motor accidents in which one hundred and forty seven (147) persons died as a result and many others suffered various degrees of injuries.”

He said Investigation further revealed that over speeding, violation of traffic regulations, negligence and reckless driving, among others contributed to the high rate of accidents.

The police spokesman said: “To this end, the Command is calling on all and sundry to adhere to traffic regulations, obey road signs, drive with due care and diligence in order to save lives.”

He warned that any person(s) found violating traffic regulation would be arrested and subsequently prosecuted.