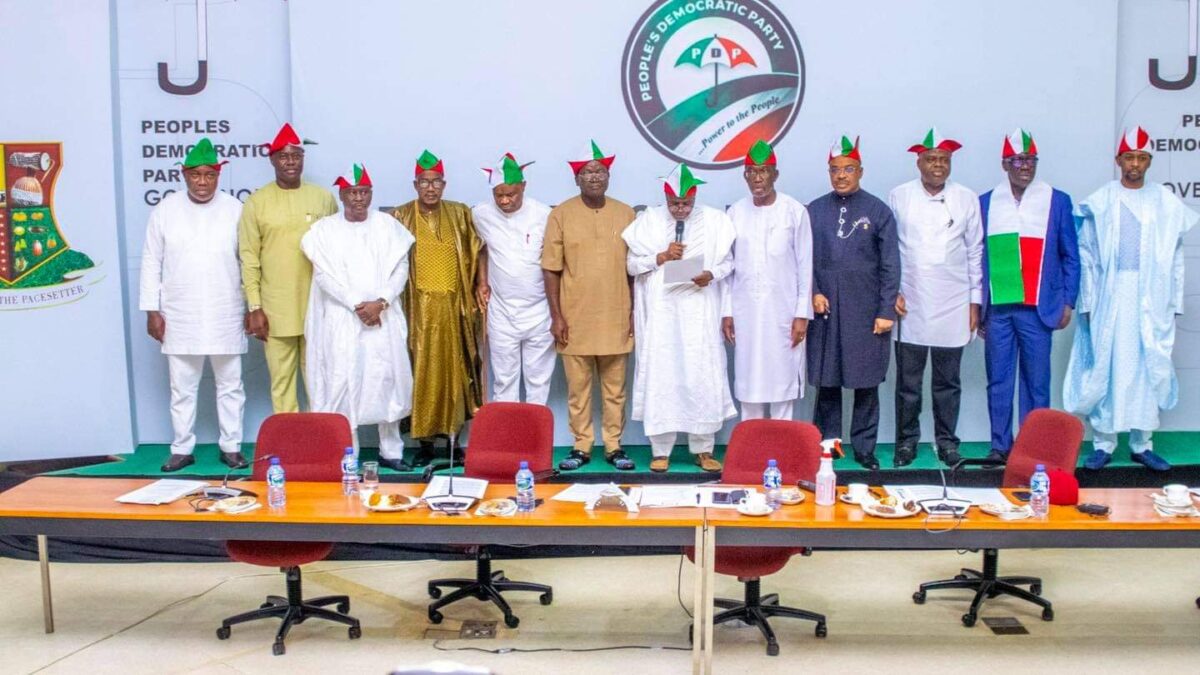 At the PDP Governors’ Forum in Ibadan today, we discussed various national issues: state policing, restructuring, ranching and the Electoral Act. We called on the President to send an executive bill to the National Assembly to amend the constitution to provide for state policing. 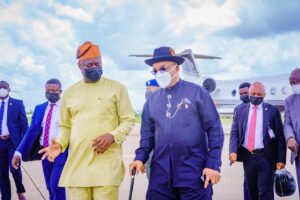 We also called for the restructuring of the Nigerian Federation to devolve more powers and functions to the states. We supported the position taken by various stakeholders to adopt ranching as the most viable solution to the herders-farmers clashes in Nigeria. 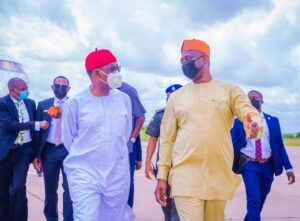 Finally, we restated our earlier call on the National Assembly to expedite action on the passage of the Electoral Act that will ensure free and fair elections including provision for electronic accreditation and transmission of votes. 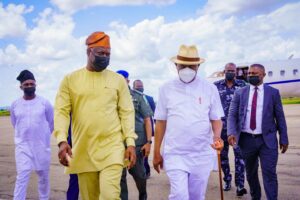 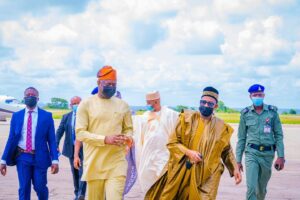 The Peoples Democratic Party (PDP) Governors’ Forum, on Monday, met in Ibadan, the Oyo State capital, to further review the state of the nation, and insisted that in order to surmount the insecurity challenges facing the country, the Federal Government should devolve powers to the states.

The governors, who met with a view to advancing the conversation on the worsening security situation and collapsing economy of the country, charged the Federal Government to deescalate tension in the country by focusing on policies and programmes that promote unity.

They equally lauded the host of the meeting and Governor of Oyo State, ‘Seyi Makinde, for the landmark developmental projects he has executed in the state, urging him to continue to work with all stakeholders in the South-West Zone to ensure that the PDP takes over the majority of the states in the zone.

A statement by Taiwo Adisa, Chief Press Secretary to the host  governor, Makinde, indicated that the forum, at the end of the one-day consultative meeting, equally called on President Buhari to immediately send an Executive Bill to the National Assembly to amend the Nigerian Constitution.

The PDP Governors maintained that it has become imperative to devolve more powers to the states with respect to security arrangements that will culminate in some form of state policing and the improvement of the general security architecture.

While reading the communique of the meeting, the chairman of the Forum and Governor of Sokoto State, Rt. Hon. Aminu Tambuwal, said: “The meeting called on Mr. President as the Chief Executive Officer of Nigeria and Commander-in-Chief of the Nigerian Armed Forces to immediately send an Executive Bill to the National Assembly to amend the Nigerian Constitution to devolve more powers to the States with respect to security arrangements, culminating in some form of State Policing and the general security architecture.

“In the interim, Mr. President should summon an immediate meeting of the Nigerian Police Council, which comprises Mr. President, all state governors and other critical stakeholders to evolve and implement strategies to combat the present threats to our union, especially with respect to policing.”

According to Tambuwal, the PDP Governors’ Forum equally threw its weight behind the Nigeria Police as the appropriate institution to secure the nation’s democracy and that they should be protected from attacks and neglect.

He said: “The meeting agreed that the Police Force still remains the appropriate institution to secure our democracy and should not be subjected to personal attacks.

“The meeting equally agreed on the restructuring of the Nigerian federation to devolve more powers and functions to the States; and reform of various civil institutions to achieve efficiency and equity for all sections of Nigeria.”

Tambuwal added that the PDP governors enjoined Nigerians to work together to achieve peace and harmony.

“The meeting enjoins all Nigerians to work together to achieve peace and harmony with one another, devoid of discrimination based on ethnicity, religion and other cleavages.

“Similarly, the meeting called on the incompetent and rudderless APC Government to take bold and deliberate steps to de-escalate and lower tensions in our country, and concentrate on projects and policies that will enhance and promote national unity and cohesion.

“The meeting reiterated our earlier call for the National Assembly to expedite action on the passage of the Electoral Act that will ensure a free and fair election, including provisions for electronic accreditation and electronic transmission of votes.

“The meeting, therefore, thanked the Host Governor, His Excellency, Governor Seyi Makinde of Oyo State, for being a gracious and wonderful host, and congratulated him for the many landmark developmental projects he has executed. It also urged him to continue to work with all stakeholders in the South West Zone to ensure that PDP takes over majority of the States in the zone,” the communique read in part.