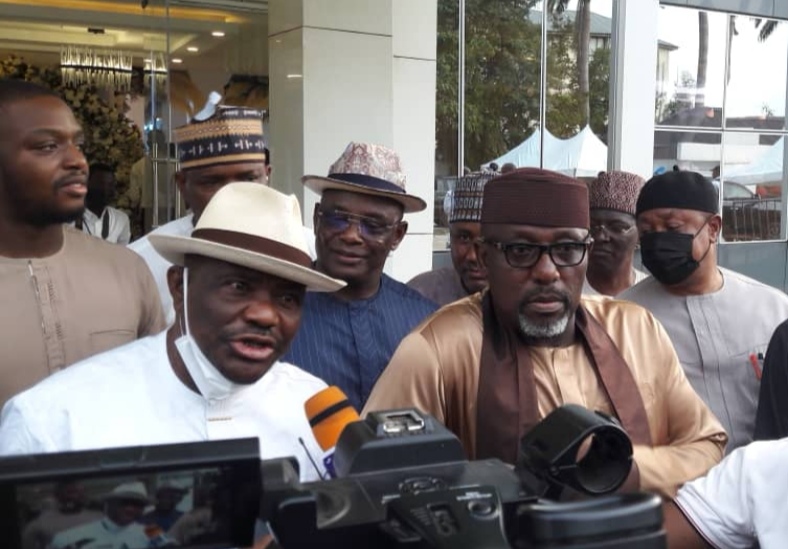 Governor Wike: Tell us if you printed N60 billion or not, Obaseki can’t be spurious and knows APC 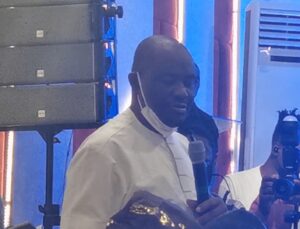 Rivers State Governor Barrister Nyesom Ezenwo Wike in Abuja Sunday during the child dedication and thanks-giving of Mr and Mrs Uche Nwosu, responding to the media said that the Nigeria’s ‘ruling party, All Progress Congress should respond to the allegation on printing money made by the Edo State Governor, Godwin Obaseki without authorization that the Government printed about N60 billion to share to states in the month of March 2021 and should not be seen as spurious or ignored by well-meaning Nigerians. He challenged the CBN to unequivocally reply if any money was printed or not.

Special Assistant, Media, to Governor Wike, Kelvin Ebiri also in a statement issued, reads, “Obaseki was in APC, so he understands them. So, Obaseki couldn’t have come from the blues to say they printed N60 billion. He knows them,” 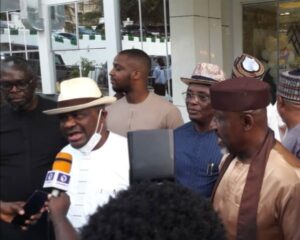 “Instead of answering the question, he (Emefiele) said governors have to pay back the bailout loan. The bailout is a loan; if you want to take it, go and take it. But answer the question whether money was printed or not printed,” Wike added.

On why he attended Uche Nwosu’s (son in-law to former Imo State governor, Senator Rochas Okorocha) child thanks-giving and dedication, where other dignitaries where in attendance said it was based on his relationship with Senator Rochas Okorocho, who is a chieftain of the All Progressives Congress (APC), is devoid of political affiliation, in or out office, and started since 1999 when he (Wike) was the chairman of Obio-Akpor Local Government Area of Rivers State, South-South Nigeria.

“I’ve known him (Okorocha) since 1999 when I was chairman of council. I didn’t know him today, so I don’t because of politics or whatever it is, abandon people. It is my character to always keep my friendship with people. It is not based on party or politics. Friendship is friendship”, he shared.

On the trials and persecutions around Senator Rocha, Governor Wike advised Senator Okorocha and his wife not to lost hope in the fight and battle. So long they focus and rely on God, he will see them through it all. The supreme power holder is God, and they may have human power, but God decides each and everyone’s faith and destiny.

The Rivers State governor continued, saying he has survived many fights because of his belief and constant thanks-giving of praises and prayers to God saying that “Because of my thanksgiving they can never defeat me. The greatest Army is God. They have man’s army”,

He added that as there are only few years to ending his term he has started moving out and planning his next projects and initiatives after office as a governor. 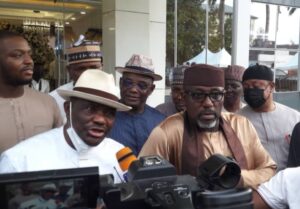 He finally called on Okorocha to extends his mission and consider coming together with well-meaning Nigerians who are determined to see Nigeria does not fail in her economic challenges into to the path of economic prosperity, a stronger country and lauded Uche Nwosu and his wife, Uloma, for a wonderful evening of praise and worship dedicating their son to God.