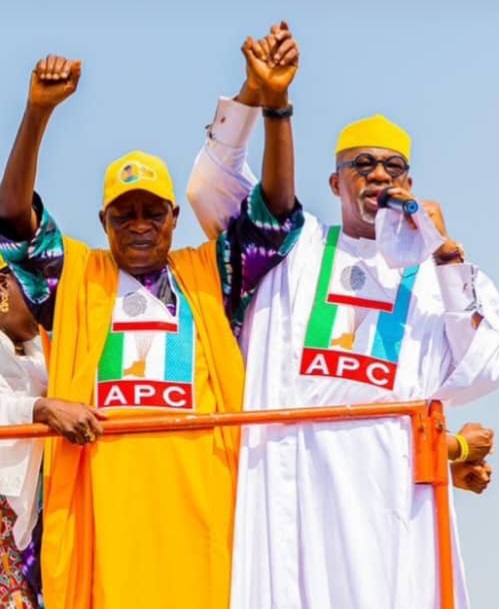 The Ogun State governor, Dapo Abiodun, on Tuesday, inaugurated the Itori Township Road in Ewekoro Local Government Area of the state, declaring that his administration would fix major roads that are in a deplorable condition.

The governor, who also inaugurated lock up shops in the town as part of his campaign to the Ewekoro LG, said that the reconstruction of the road was in fulfilment of the promise made during his campaign in 2019, insisting that the essence of government is to serve the people.

Addressing the people and residents of the local government, Gov. Abiodun said his administration remained the first to ensure equal distribution of projects to all parts of the state, as no local government has been left out in project execution.

He assured the people that his administration would soon commence the construction of affordable houses in Itori, the headquarters of the local government.

On the deplorable condition of the Abeokuta-Ifo-Ota-Lagos Toad, the governor noted that agreement would soon be reached with the Federal Government to reconstruct the road.

He assured that the road would wear a new look within the next 18 months.

He disclosed that previous efforts made by his administration were
not successful as the FG insisted that the road was under a contract.

In his remarks, the Olu of Itori, Oba Fatai Akamo, said the express road has been in a deplorable condition for long as previous state governments paid little or no attention to it, expressing his delight that the road has received attention during the incumbent administration of Governor Abiodun.

Addressing the party faithful and people at the campaign rally in Papalanto, Abiodun, promised that the old Ilaro road in the town would soon be reconstructed, while more block of classrooms and the renovation of the old structures would be carried out in Papalanto High School.

The governor, while acknowledging the importance of good roads in the socio-economic development of any society, noted that the road when rebuilt would further boost the economic activities in the area.

He, however, urged the people to collect their Permanent Voter’s Cards to enable them partake in the forthcoming general elections

In his remarks, the Olu of Itori, Oba Fatai Akamo, said the road has been in a deplorable condition for long as previous governments paid little or no attention to it, expressed his delight happy the road eventually got government attention.