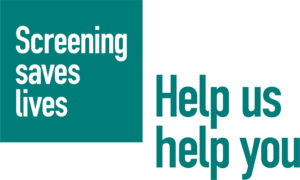 The Department of Health and Social Care (DHSC), with the support of NHS England and NHS Improvement, has launched a major new national campaign, to increase the number of those eligible attending their cervical screening in England.  The new Help Us Help You – Cervical Screening Saves Lives campaign urges women and people with a cervix not to ignore their cervical screening invite, and if they missed their last one, to book an appointment with their GP practice now.

Latest figures at March 2021 show that nearly a third (30%) of eligible individuals – women and people with a cervix aged between 25 and 64 – were not screened.

As part of the campaign, a new survey of 3,000 women and people with a cervix commissioned by DHSC revealed that 11% of Black respondents who have been invited to screening have never attended, higher than the 7% England average. The survey also revealed a number of concerns around cervical screening. Across  England, embarrassment was the most common reason for having never attended or missing an appointment (stated by 42% of respondents), followed by those who “kept putting it off” (34%) and “being worried it would be painful” (28%).

To tackle these barriers and help drive uptake, a new film has been released featuring Dr Vanessa Apea discussing cervical screening with Black women and answering their questions. Dr Apea also encourages those eligible to book their appointment when invited and contact their GP practice if they missed their last screening.

Dr Vanessa Apea said: “It’s so important for us as Black women to talk about cervical screening so that we can address concerns and misconceptions. Cervical screening can help stop cancer before it starts. The symptoms of cervical cancer are not always obvious and there may not be any symptoms at all until it’s reached an advanced stage. Screening saves thousands of lives every year, which is why it’s important that we attend all our cervical screening appointments when we’re invited.”

Maria Caulfield, Minister for Patient Safety and Primary Care, said: “Around two women die every day from cervical cancer, but screening takes just a few minutes and can stop the disease before it starts. Through our new campaign we’re calling on all women and people with a cervix to get screened to help save hundreds of lives. Even if you’re feeling embarrassed or nervous, please don’t ignore your invitation.”

Isha Webber, aged 32, who received treatment after abnormal cells were detected during a routine screening, said: “You can build the appointment up in your mind, but actually it’s not painful or embarrassing. The nurse put me totally at ease. At worst, it felt slightly uncomfortable. Having a cervical screening done is now a part of my self-care routine. It makes me feel more in control of my life. My advice to others is – when you get your invitation letter, book right away and don’t delay. I am so glad that I went when I did and had those abnormal cells removed. I hate to think what may have been the case if I had delayed.”

Around 2,700 women are diagnosed with cervical cancer in England each year and 690 die from the disease– around two deaths a day. Previous estimates suggest screening prevents 70% of cervical cancer deaths, but 83% could be prevented if everyone attended regularly. 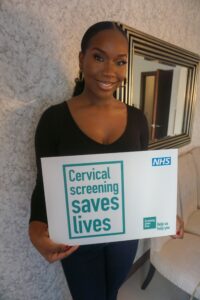 Singer and founder of international singing school Singercise Rachel Kerr has joined the campaign to help raise awareness of cervical screening and encourage uptake within the community.  She said: “Two women die a day because of cervical cancer yet it is one of the most preventable cancers.  Don’t let shame or embarrassment stop you from attending your cervical screening. Let’s take responsibility for our health and encourage our friends and family to attend their appointment when invited so more lives can be saved.”