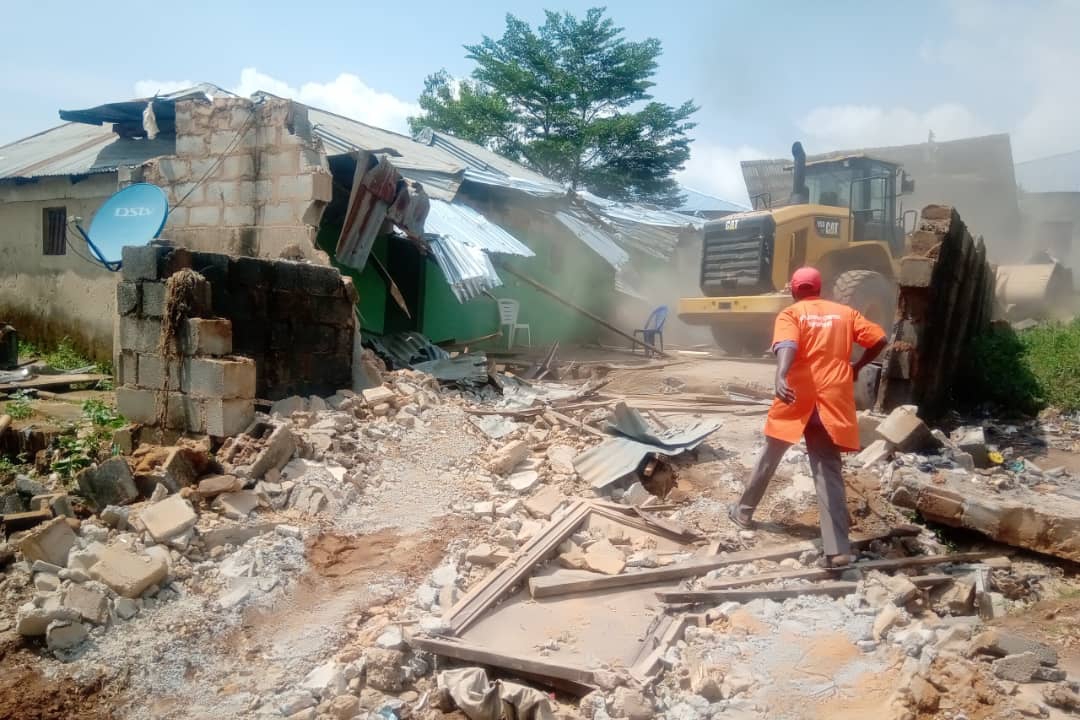 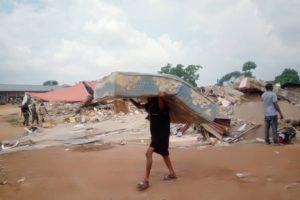 Residents Evacuating their belongings in Kuchibena

The FCT Ministerial Task Tram on city Sanitation on Thursday moved into Kuchibedna a settlement in Gwarimpa District of the Federal Capital For encroaching on right of way for major road infrastructure within the district.

The exercise was carried out by the FCT Ministerial Taskteam on City Sanitation, following the expiration of one month demolition notice given to them.

Explaining the exercise, Chairman of the Taskteam, Comrade Ikharo Attah said the affected structures were standing on the right of way for a major Ring road infrastructure in the District.

Attah also disclosed that some of structures hitherto served as hideouts for criminals terrorising the community and environs.

He noted that they were duly notified by the Department of Development Control, as everywhere is fully marked over a month ago. 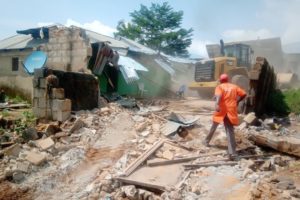 According to him, “The ring road 3, which is heavily built upon, and sadly people bought land there, and we felt it’s time to come and remove all the encumbrances on the road, which we had warned and given them adequate notice.

“We are taking our road alignment back, otherwise it will be very bad in the future when we want to build the road.

“It happens also that the place poses to be a very dangerous den along this indigenous community. So we are removing the whole illegalities on this road, and if we can’t finish it today, we will come back.”

However, reacting to the development, Chief Habakkuk Gozhewo, the chief of Galadima Gwarinpa 2, AMAC, who described the exercise as a very sad incident, because they were taken aback, as there was no adequate notice, as some indigenous houses were demolished.

He appealed to the FCT Administration to suspend the demolition exercise to give room for further engagement with the people as it has affected almost everybody in the community.

Similarly, Muazu Lawan, who identified himself as Secretary of traders in the market, who admitted that the FCTA officials had last month carried out marking exercise in the community, but they were not given a reminder.

” The land where the market was built is not for government as it belongs to the indigenes, who are our landlords.

“My appeal to the government is that this has happened, so if there is a place like this in another place, we should be considered for relocation, in order to continue our trading activities”, he stated.