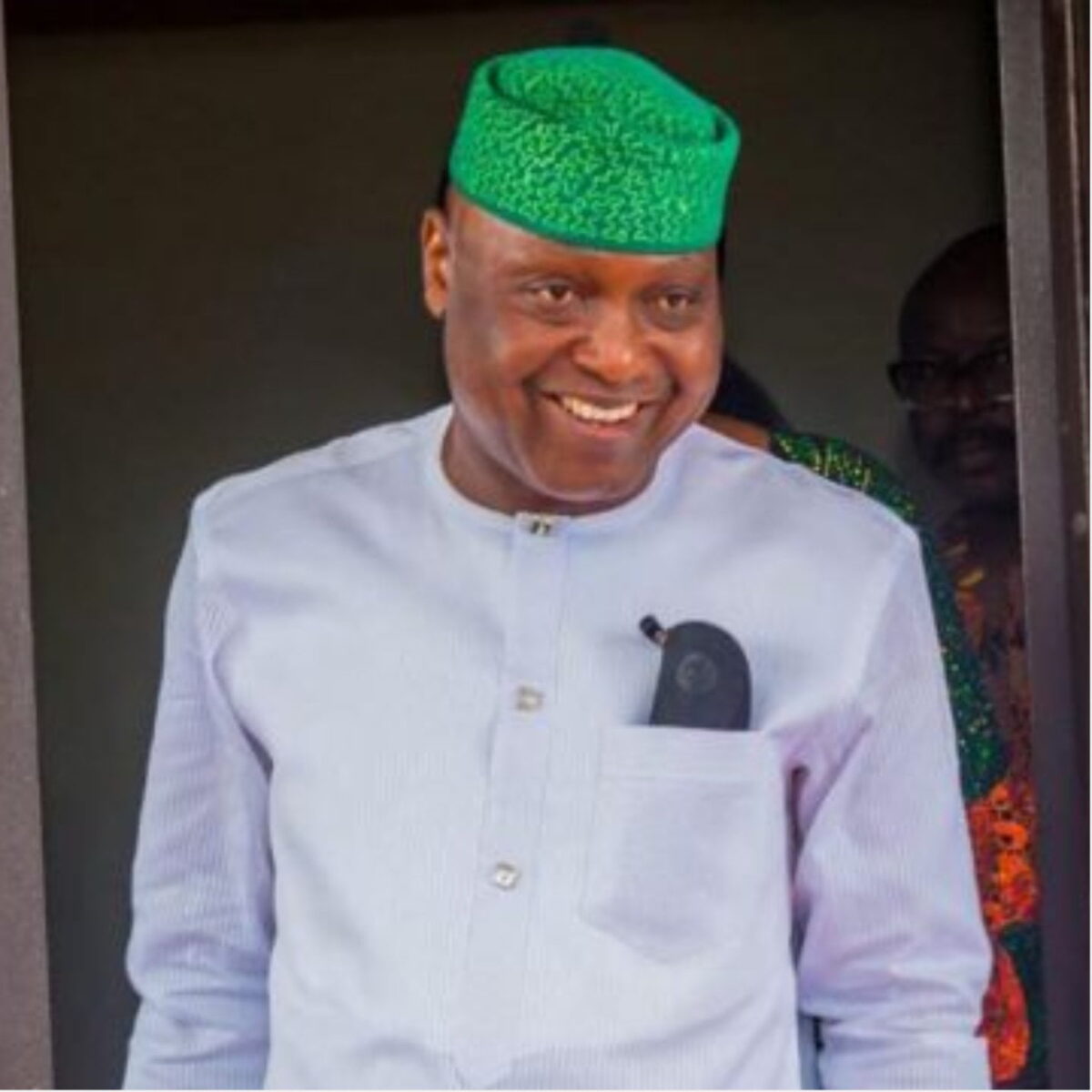 Lagos State Governor, Mr. Babajide Sanwo-Olu has congratulated the newly sworn-in Governor of Ekiti State, Mr. Biodun Oyebanji, describing his assumption into office as blessing for the people of the State.

He also congratulated the new Deputy Governor of Ekiti State, Chief (Mrs.) Monisade Afuye, and urged the people of Ekiti State to support the new governor and his deputy for continuous growth and development of the State.

Governor Sanwo-Olu in a statement issued on Sunday by his Chief Press Secretary, Mr. Gboyega Akosile, described Oyebanji and Afuye’s landslide victory during the June 18 governorship election and their swearing-in as Ekiti State Governor and Deputy Governor as a testament to the good work the All Progressives Congress, APC-led government has done in the State.

Sanwo-Olu, who attended the swearing-in ceremony, along with the Presidential candidate of the APC, Asiwaju Bola Tinubu and some other State Governors at the Ekiti Parapo Pavilion in Ado-Ekiti, urged Governor Oyebanji to continue the good work of his predecessor, Dr. Kayode Fayemi.

The Lagos State governor also applauded ex-Governor Kayode Fayemi for his commitment and selfless service to Ekiti State and her people, saying that Fayemi did his best to transform and develop the Fountain of Knowledge State during his tenure.

He said the people of Ekiti and South-West, as well as Nigerians, will continue to remember the contributions of Fayemi to governance and politics as the Governor of Ekiti and the Chairman of the Nigeria Governors’ Forum (NGF).

“I congratulate Governor Biodun Oyebanji and his deputy, Mrs. Monisade Afuye on their swearing-in as the Governor and Deputy Governor of Ekiti State following their victory in the June 18 gubernatorial election in the State. I also rejoice with their families, friends, associates, APC members, and the people of Ekiti State on today’s swearing-in ceremony.

“As an active participant in Ekiti State politics and governance, having served with two former governors, I believe Governor Oyebanji will continue the people-oriented programmes and good governance of his predecessor, Dr. Kayode Fayemi, who served passionately and delivered dividends of democracy to the people of Ekiti State in different sectors.”

Governor Sanwo-Olu also applauded Otunba Bisi Egbeyemi, for being a worthy and supportive partner to Governor Fayemi during their tenure in office.