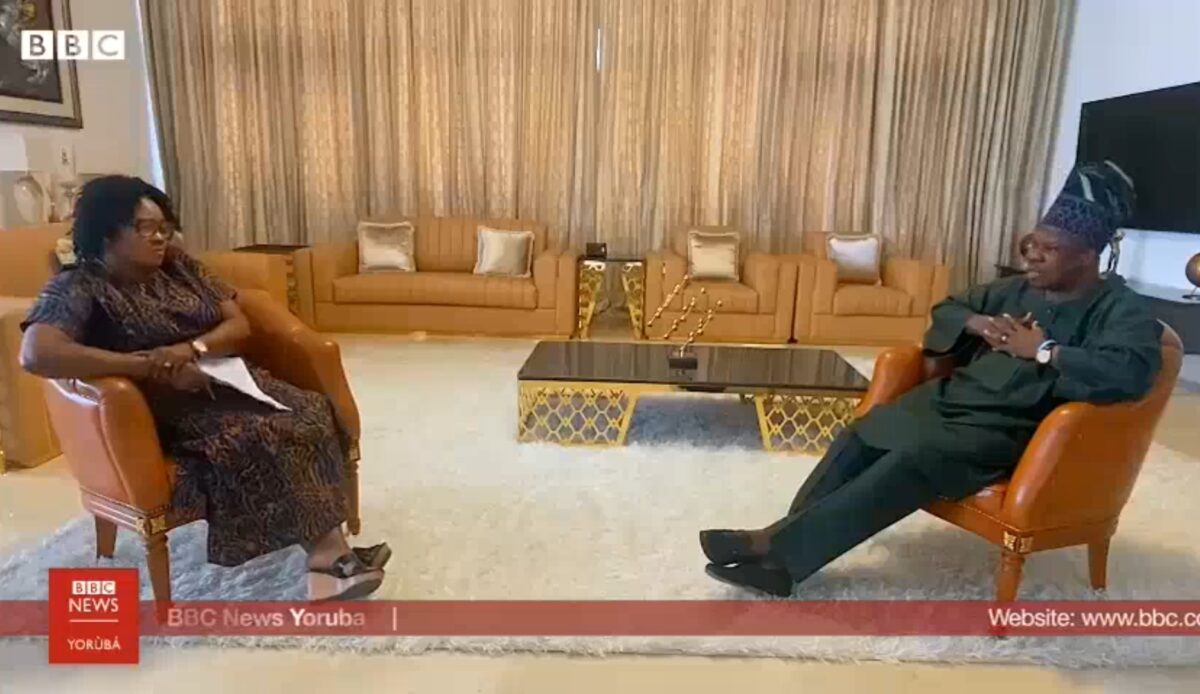 Misrepresenting Me Will Not Change My Intention – Former Governor

Amosun: Misrepresenting Me Will Not Change My Intention 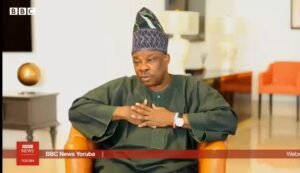 Former Governor of Ogun State and Senator representing Ogun Central, Senator Ibikunle Amosun, has reacted to the misrepresentation of his recent interview with the British Broadcasting Commission (BBC), Yoruba service, which alleged that he condemned the issuance of visas to Nigerians by foreign embassies, saying such deliberate misrepresentation of his words, had no bearing whatsoever on his intentions.

Some media reports, including the online portals, had claimed Amosun, in his BBC interview, condemned western nations for encouraging the emigration of Nigerians in large numbers, by granting visas to young citizens, a development he was misquoted as saying was “wicked”.

But contrary to the mischief, which he said was compounded by comprehension problem, Amosun, in a statement from his media office, signed by Bola Adeyemi, had only lamented that the state of insecurity and unstable economy were the factors forcing Nigerians to seek greener pastures overseas.

The Ogun Central Senator, therefore, contended that his major concern was core professionals like medical doctors, lawyers, engineers and accountants, who were leaving the country in droves with their families, because such could open the country to greater challenges.

Although the former governor described the countries encouraging such exodus without considering the fate of Nigeria as unfair, the choice of the word “wicked” was purely the reporter’s and not his.

Thus, while commenting on the ‘japa phenomenon’, Amosun reiterated what he said: “I have heard about it and the reports are scary. All youths and young talents are travelling out of Nigeria, seeking greener pastures and the prospective countries are deliberately giving them visas to leave the country without putting the origin country into consideration.

“What scares me most in all this is the proliferation of emigration. Foreigners wll not fix our nation for us if all our citizens should leave the country. I am seeing the countries granting visas to our youths as unfair, because they are not considering the origin nation, from which their prospective labour force is coming from.

“If you ask our people leaving the nation for greener pastures, they will tell you that they are not planning to return to Nigeria. If you look closely at the situation, you would see that all our lawyers, engineers, accountants and most especially, medial practitioners make up the largest chunk of people leaving the country.”

Amosun further contended that, what made the reports inaccurate and a deliberate damage, was the fact that he too had been sponsoring young people, who desired to further their studies abroad and has not ceased to write to different embassies in support of their applications, because he believed in their decisions to study abroad to further equip them.

What the former governor maintained he frowned at were the older people and families, who had begun to swell the list of those emigrating to other parts of the world.

He, however, added in the said interview that, “We cannot blame them, however, insecurity is one of the major problems pushing them out of the country. You will agree with me that our people are not lazy and are always willing and ready to work diligently.

“Most of the emigrants are forced to leave the country by bad governance, unstable economy, insecurity and other challenges. I am sure Nigeria will be great again but reports of migration out of the country has been disheartening for me.”