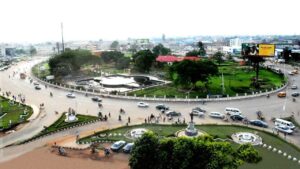 Primary school teachers in Edo State on Monday defied the state government directive for the resumption of schools.

This is in obedience to the directive of the state chapter of the Nigerian Union of Teachers which told them to disregard the government directive.

A visit to some public primary schools in the state showed that academic activities were yet to return. However, some staff of the local government education authority and State Universal Basic Education Board were sighted addressing pupils in some schools.

At Emokpae Model Primary School, along Mission Road, only four women suspected to be teachers were sighted at the school while pupils were seen in two classrooms.

The gate of the Ogbe Primary School was initially shut with pupils loitering around the area until men of the Public Works Volunteer came and forced the gate open to allow pupils into the premises.

The pupils, about 25 were led to a classroom by an official said to have come from the local government education authority.

At Asoro primary school along Sokponba Road, a PUWOV personnel was standing by the gate while a classroom was opened for pupils with a lady attending to them who refused to identify whether she was a teacher or a SUBEB official.

At Agbado Primary School, along Akpakpava Road, there were no pupils, only three staff who said they were not members of NUT but from SUBEB and local government education authority.

Also at Igbesamwan Model Primary School, off Akpakpava Road, four staff from SUBEB and local Government education authority who were in the school said they attended to few pupils that were present in the school.

One of the teachers, who pleaded anonymity said they obeyed the state government order for the sake of the children.

However, Secretary to the State Government, Osarodion Ogie was at Emokpae Model Primary School to monitor the compliance of teachers to the state government resumption directive.

Ogie urged the teachers to carry out their duty, adding that it was not a crime for some people to protest but it was also not right for the protesters to deprive others of carrying out their duty.

“I am here to ensure that nobody disturbs you. Anybody has a right to protest or agitate but you cannot ask others that are ready to work not to do so”, he said.

At Azama Primary School, Jattu, the Headmistress was not on duty. Only one teacher was present as at 9.49am when journalists visited the school. It was the same scenario at Ebienafe Primary School in Auchi where pupils were seen loitering around the school premises.

At Omogba Primary, Uzairue, the pupils were already on their way home at 11.09am when the Council Chairman Hon Imonofi Inusa visited the school as there were no teachers present.

The Council boss who was not happy with the development, said, “I have told the security agencies to go round and check that the schools’ properties are intact and that nobody should tamper with them.

“My message to the teachers is that by tomorrow if they fail to report to the school, we shall know the necessary action to take.”

Speaking with newsmen, the Assistant Secretary-General of NUT, Edo State, Modesty Itua described the strike as total across the 18 local government areas.

Itua, who commended teachers for the compliance, urged them to remain resolute in the fight for freedom until otherwise directed by the union.