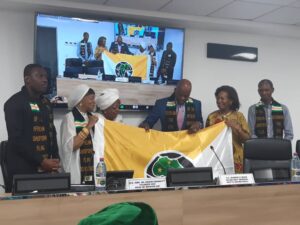 The African Continental Free Trade secretariat in Accra, Ghana was a centre of ceremony of international dimension with the attendance of African’s 6th region executives led by the the original instigator of the Sixth Region Ambassador Erieka Bennet of Diaspora Africa Forum. 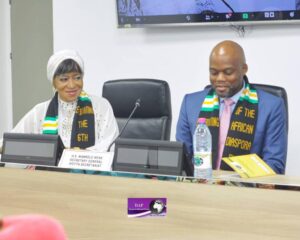 Within the African Union, there are 6 regions: Central Africa, East Africa, North Africa, West Africa,  Southern Africa, plus one last region, the “Sixth Region“, which constitutes the African Diaspora. The political, economic and cultural importance of this Diaspora region is increasingly recognized with this latest event in Accra. 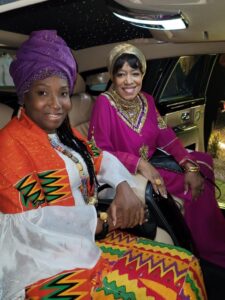 The African Continental Free Trade Area is a free trade area founded in 2018, with trade commencing as of 1 January 2021. It was created by the African Continental Free Trade Agreement among 54 of the 55 African Union nations. As it symbolises trade, made it easily convenient to have delegates from the trade, business and diplomatic world such Hon. Herbert Kraba, deputy Minister of Trade and Industry;  Professor Kwame Addo, the designer of the 6th Region Flag among others.

Other dignitaries and executives came from Ghana, Libya, Nigeria, Mali, South Africa, and representatives of NGOs and international organizations.

Wamkele Mene in his remark calls on Africans to see the opportunity the organsiation presents and desired to build intra-Africa trade across the continent especially with facilitation of using local currencies. 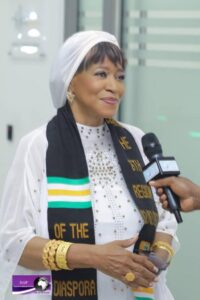 African Union’s Sixth Region was birthed at an OAU meeting where the member nations voted to change the name to African Union. At that meeting, Ambassador Erieka Bennet approached Ghana’s president John Agyekum Kufuor to remind him of the potential role that Africa’s Diaspora can play in the quest to achieve the organization’s objectives.

President Kufuor immediately saw wisdom in the suggestion and relayed the proposal to Senegalese president Abdulai Wade who was then chairman of the African Union. The motion was tabled and the member nations voted to officially make the African Diaspora the Sixth Region behind, West Africa, Northern Africa, Eastern Africa, Sothern Africa, and Central Africa.