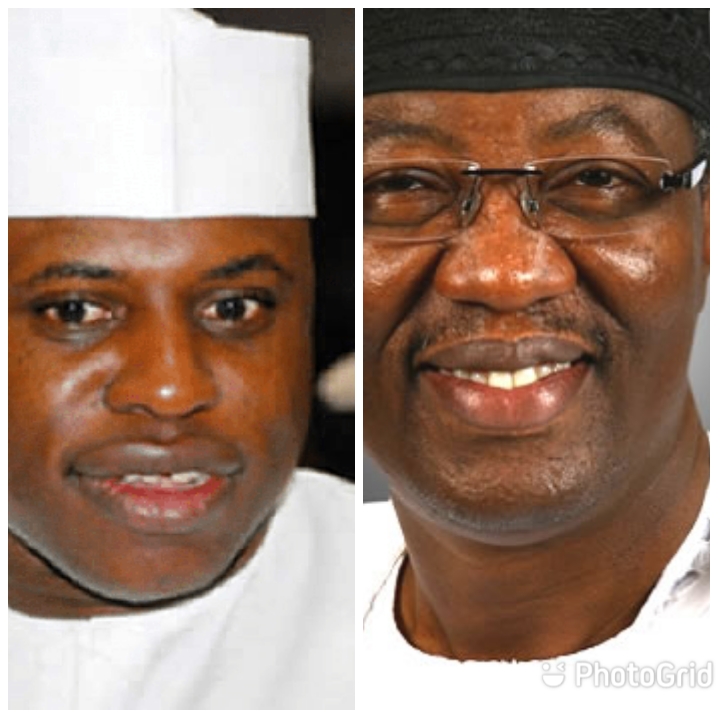 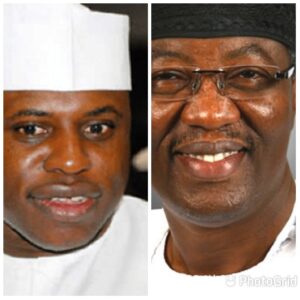 President Muhammadu Buhari on Monday received Former Speaker of the House of Representatives, Dimeji Bankole and former Governor of Ogun State, Gbenga Daniel, who recently defected to the ruling All Progressives Congress APC.
They were accompanied to the Presidential Villa by the Chairman, Caretaker Extraordinary Convention Planning Committee (CECPC) of the APC, and Governor of Yobe, Mai Mala Buni, Governors of Jigawa State, Mohammed Badaru and Kebbi, Atiku Bagudu.
They were presented President Buhari following their recent defection to APC.
Daniel was governor of Ogun State from 2003 to 2011 to while Bankole was Speaker of the House of Representatives of Nigeria (2007–2011) on the platform of the Peoples Democratic Party (PDP).
Bankole dumped his African Democratic Party (ADP) while Daniel left the PDP.
Speaking to correspondents after the meeting, Buni said they came to present the new party members to the president who expressed delight at the caliber of the defectors.
He said: “We came to present new members of our party, Daniel and Bankole. Mr. President is impressed and happy that leaders of such caliber are joining our party at this time we are registering new members, because registering and validating our membership, and indeed this is the right time for them to join us. And that’s exactly what Mr. president is very happy. He’s pleased is impressed.”
Bankole on his part said he join the ruling party to give support to the effort the president was making, adding, “there are issues we need to solve and any reasonable human beings should support at this moment. From Borno to Lagos, Bayelsa to Sokoto. These are critical times and we shouldn’t be found wanting.
“This is the time to step up and support so that these decisions can be taken, executed and owned by us as a nation. Because 10 years from now, 20 years from now, people ask who stood up when these things were happening? It’s every citizens, right and all we’ve done is exercise it today. But actions from now will speak for us.
On his part, the former governor and former Director-General Atiku Campaign Organization, while explaining why he joined the ruling party, stressed the need to deemphasize party in the affairs of the country, saying, “Why APC? There are too many options in the party. One thing is sure that we are going through health and economic challenges, we must do less of political contestations and give support.”
Daniel added: “One thing that is for sure, is that the entire world is going through challenges that are global challenges, economic challenges, health challenges. And when you are in a situation like this, as I usually opined, we should do less of partisan contestation, all of us must come together to support whoever is in power.
“And what we have decided to do is to come and give our support to the president so that jointly, we can continuously navigate the country that is what is relevant.”
Commenting on suggestions that the APC was trying to create a one party state by fishing for members of other political parties, Daniel pointed out that the PDP was once in the same position in the country as the then ruling party.
He said: “Definitely any political environment, whether it is multi party or two party, there will usually be a majority party and the minority party. So I don’t think that there’s anything new that has happened. A few years ago, when PDP was at the helm of affairs at the centre, I think the last count out of the 36 states, PDP was in charge in more than 24 states at that time. And the country did not become a one party state. So I think what is going on is quite healthy. The contestation is quite exciting. I think what’s important is that parties should look inwards and organise themselves very well, so that at any point in time, the people have an opportunity to make an informed choice. And that I think is what is going on.”