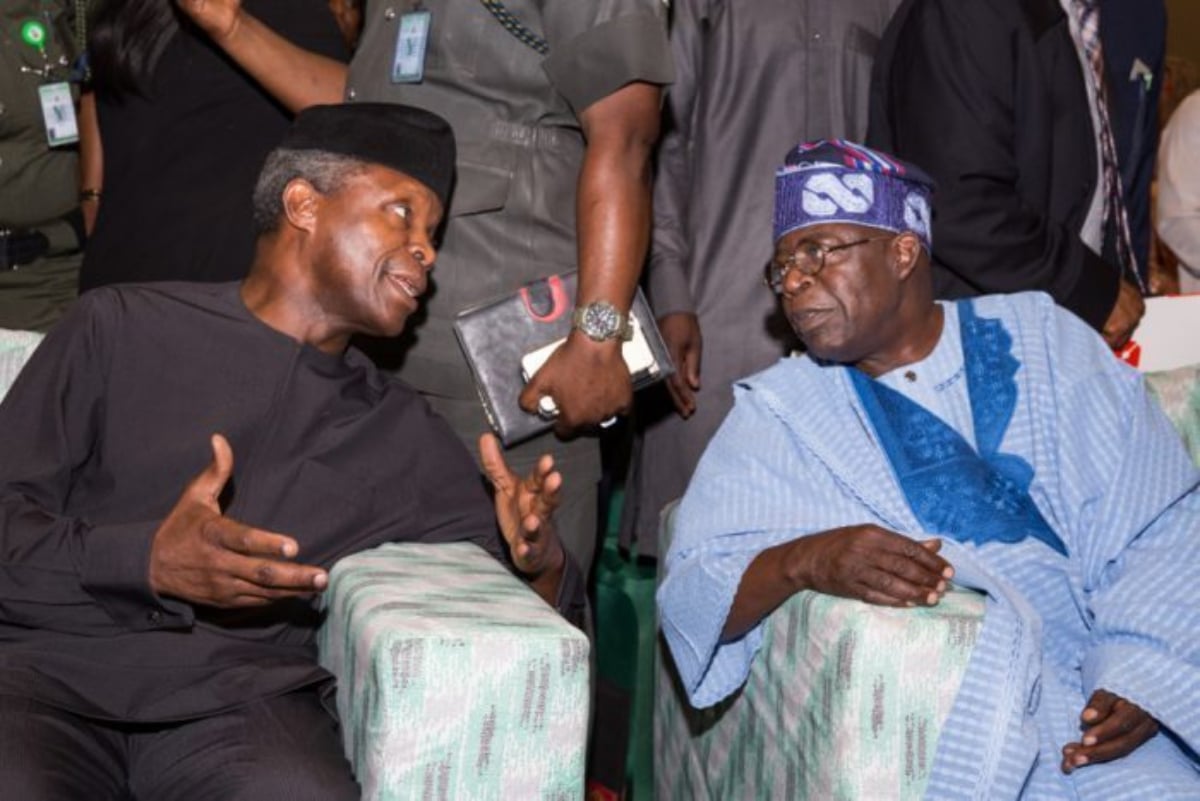 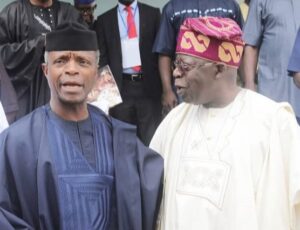 As international groups are exploring ways to encourage the Nigeria’s present Vice President to contest the 2023 election with one of the Northern Governors and a highly respected member of the caretaker Committee, a national support group, The Progressive Consolidation Group PCG of governing party, All Progressives Congress APC, has called on a much touted national leader of the party and former Lagos State Governor Senator Ahmed Bola Tinubu to forget his yet to be personally made public 2023 presidential ambition. They called on him instead to support their and well season professional legal icon, politically savvy and able Vice president to President Buhari in the person of Prof. Yemi Osinbajo. A man that has never failed all the times he acted while the President called on him and whom the president has publicly acknowledged as his trusted Co worker.

This was made known in Abuja on Wednesday in a media chat, through the National Coordinator of PCG, Hon. Ahmed Mohammed and the National Secretary, Dr Eberechukwu Eli Dibia on behalf of their members drawn from the six geo-political zones.

The team adviced the party that if its about continuation of good governance it needs to show it believes strategically that the PMB administration is doing a good job through a process of handing to someone capable and willing to continue. Handing over to someone outside the core team of PMB will show that it did not have belief in its governance and leadership hence handing and looking for someone outside for the presidency in 2023. Best candidate and person to enhance progressive reforms and national unity needed is Prof. Osinbajo in whom many across the country will accepts.

“Both President Muhammadu Buhari and Vice President Yemi Osinbajo must reach an accord for timely preparation of a more vibrant successor-administration to be headed by the current Vice President while APC National Leader, Asiwaju Bola Tinubu should reconsider his ambition,” the group asserted.

“Very soon, our group will enlist the support of leaders of thought to drive home our points nationwide; we are aware of the insecurity, economic worries and other issues confronting citizens but planlessness is not a virtue and we advocate that after two years into its second term, this administration must begin serious plans for the years ahead.

“We are aware that some aides of VP Osinbajo described calls for the learned gentleman’s involvement in the 2023 race as ‘mere distraction’ and we are also aware of the views of thoughtful Nigerians including the Emir of Gombe, Alhaji Abubakar Shehu Abubakar III who commended Osinbajo’s loyalty to President Buhari and the spearheading of important reforms towards enhancing ease of doing business, enhancing ICT innovation, as well as economic policies to reduce the impact of the COVID-19 pandemic.

“President Buhari can optimally utilize what is currently within the administration now to build a better future by convincing the not-so-political Professor of Law to run in 2023; his candidature would be far more appealing to Nigerian youths, discerning elders and various sectors of the population.

“As for Asiwaju Bola Tinubu, he is a great war general but with a chink in his armour such that opponents may easily exploit his Achilles heels to make things very difficult for the ruling party if he becomes presidential candidate in 2023; there is no need to expatiate on what baggages constitute such vulnerabilities at the moment,” they added.

They alluded and said, “The rather pessimistic views of Ambassador John Campbell and others have energized anxieties but by going back to the drawing table and preparing for the future with our best eleven, including the likes of Osinbajo, Nigeria can be united and made to rise exponentially in the comity of nations.

“Nigeria is not a failed state; today’s challenges are rooted in errors of the past and some misjudgments of the present time but if we re-strategize, we can drastically curb our difficulties and give our people greater basis for hope.

“President Buhari has tried his best over the past six years but much more needs to be done and an Osinbajo successor administration would be in a vantage position to marshal the energies of youth and the visionary experience to transform this great nation,” the Progressive Consolidation Group emphasized

They ended up with a pledged to begin a national mobilization and sensitization visits and partnering with international organisations.