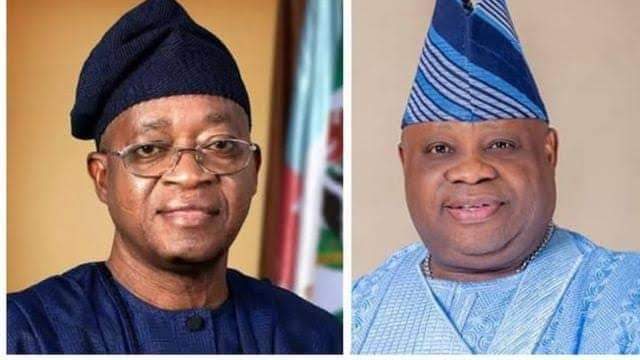 Media aide to the immediate past Osun Governor, Adegboyega Oyetola, Ismail Omipidan, has described the claim by Governor Ademola Adeleke that the Osun Lodge in Abuja was looted by Oyetola’s men as a mere diversionary tactic by the governor to cover up his unpreparedness to govern Osun.

Omipidan asked, “If a panel on Assets Recovery has been set up, why not allow the panel do its job and then present their findings? You promised to invite people to appear before the panel. You have not heard from them, yet you are passing judgement already. What’s the essence of the panel since you already know the outcomes?”

Oyetola’s media aide made these known on Monday while reacting to the latest allegation by the governor that his predecessor’s men looted the Osun Lodge, in Abuja.

Omipidan noted that what Osun had witnessed in the last two weeks is a vindication of his earlier position that the PDP was not ready for governance.

“Recall that when he inaugurated his transition committee in July, one of the terms of reference of the committee was to design for the governor what he would do within his first 100 days in office. And I said clearly then that these people were not ready for governance. We all can see now. It is manifesting.

” First, they alleged it was my Principal who looted. I came up with the inventory and the fact that the new governor’s security operatives took charge of the Government House on November 26 and that by 27, which was the inauguration day, they held a party there. But by December 1, they came up with a lie to say the place was looted. Till date, they have not controverted the facts I laid bare.

“Today, they have started another lie.

“I say for the umpteenth time that my Principal did not loot any State assets. Therefore, this government should stop these blanket statements of accusing Oyetola and his men of what they did not do and face governance, ” Omipidan added.