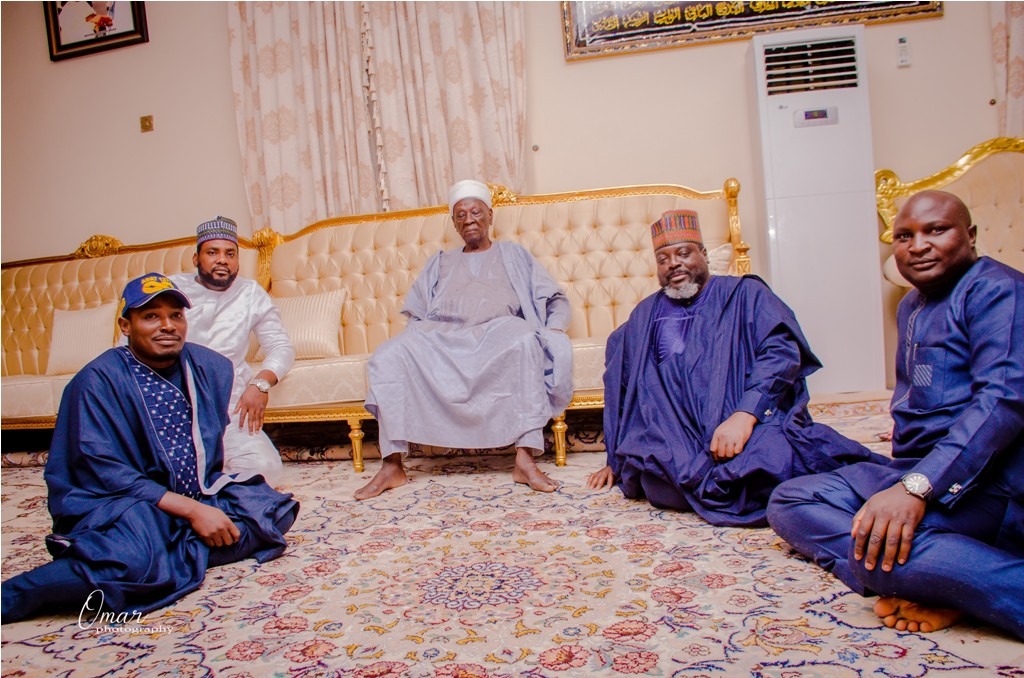 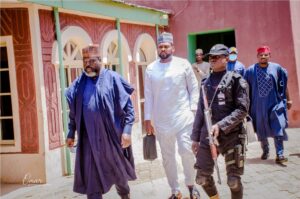 The Asiwaju TAG delegation led by its convener, Prince Ade Omole and Dr Mustapha Abdullahi paid a courtesy visit to Daura, Katsina on Wednesday, June 22 2022. The delegation included the Co-Coordinator of TAG, Mr AbdulRasaq Danjuma and TAG senior member, Mr Moses Jan. The choice for Katsina in its next phase of engagement is not only strategic but to respond to the call by Nigerians in Katsina State, many of whom have continued to display their uncommon love for the man with the Midas touch, Asiwaju Bola Ahmed Tinubu. 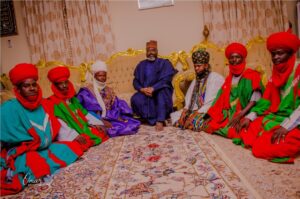 Encouraged by the endless warm reception at every point of its visit, TAG took its gospel of a Tinubu presidency come 2023 further with the high-profile visit to the Emir of Daura, HRH Alhaji Umar Farouk Umar, OFR and the Crown Prince, Alhaji Muhammad Daha Umar Farouk, Danburam Daura. The TAG team seized the opportunity of the sensitisation visit to appoint the Royal Personality as the Grand Patron of the group.

The Emir of Daura who was quite impressed and pleased with the visit averred that Asiwaju’s candidacy is divine and reiterated his friendship with Asiwaju Tinubu. His Royal Highness praised Asiwaju for his patriotism over the years and prayed for the TAG group and the APC party to be victorious in the coming elections. The Emir also pledged his full support to TAG.

In a similar vein, the Crown Prince of Daura Emirate, Alhaji Muhammad Daha Umar Farouk gladly accepted the appointment as the Grand Patron of TAG, while his appointment letter was presented to him alongside the customised TAG Caps. In his response, he confirmed that a vast majority of Nigerians desire Asiwaju’s leadership of the world’s most populous black nation.

The Crown Prince promised to do his best in all ramifications to ensure the success of TAG and its mandate. The Royal family also thanked President Muhammadu Buhari for his giant strides in governance and most importantly the support he has shown to our Leader, Asiwaju Bola Ahmed Tinubu. He opined that Asiwaju has all it takes to take Nigeria through re-engineering for prosperity and quality living standard.

The Asiwaju Group (TAG) has without a doubt proven its mettle by continuously engaging major stakeholders across the country to spread its message of hope of a Tinubu presidency come 2023. The Buhari-led administration needs a strong hand with the requisite political experience, passion and strong will that can sustain its several milestones. TAG believes that personality is no other person than the Jagaban of Borgu kingdom.