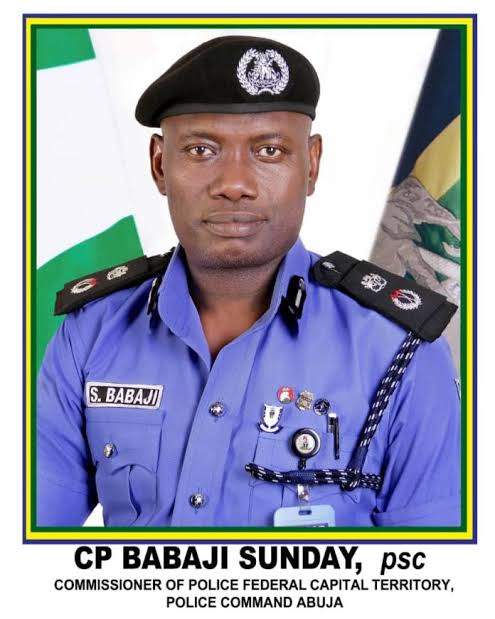 Shead of the February 12 Area Council Elections in the Nigeria Capital, The FCT Police Command says appropriate and adequate deployment of Police personnel has been put in place to enforce the movement restriction that has been declared within the Nigeria Capital between 12.am to 4 pm on the Election Day.

As it is the tradition on election days in Nigeria, the restriction was put in place to enable the Police in a concerted effort with other sister agencies do due diligence in the discharge of their duties as it pertains to a free, fair and credible Elections.

A statement from the FCT Police Public Relations Officer DSP Josephine Adeh said the deployment became necessary so as to totally paralyzing any form of threat to life and properties before, during and after the Area council Elections in order to allow a worthy atmosphere for voters and the electorates at large to perform their civic right and obligation.

According to DSP Adeh, Consequent upon the above, the Commisioner of Police FCT Command CP Babaji Sunday while expressing his confidence in the already emplaced security measures urges the good people of the FCT to turn out to exercise their voting rights without the fear of harassment or molestation of any kind. He however noted that the Restriction only bears an exception for essential workers and Students who were coincidentally scheduled to write a nationwide WAEC examination, stressing emphatically that parties found otherwise wanting will be made to face the wrath of the law.

Further more, the CP wishes to remind all stakeholders in the election to be reminded of their signed peace accord and ensure that their actions and inactions are ushered by constituted guidelines. He therefore calls on residents to remain vigilant and report any suspicious or abnormal occurrence to the Police through designated Emergency phone numbers