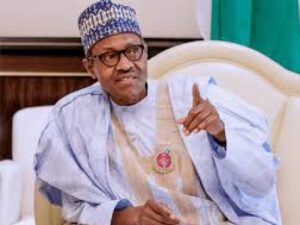 Resident doctors have said that they are going ahead with their indefinite strike scheduled for Thursday (today), despite signing an agreement with the federal government Wednesday night.

The umbrella body of the resident doctors, the Nigeria Association of Resident Doctors (NARD), said the agreement it signed with government to withdraw the strike ultimatum was done under pressure.

NARD President, Uyilawa Okhuaihesuyi, told the news team that the doctors have commenced the strike by 8 am Thursday morning in keeping with their ultimatum.

According to him, the doctors are tired of signing Memorandum of Agreement (MoA) with the federal government without implementation, as the agreement has never been fulfilled on the part of government.

The NARD president said: “We signed an agreement that has been signed since 10 years ago but with no implementation. It is not about signing an agreement, agreement has been singed multiple times under pressure.”

He said the leadership of NARD is holding a meeting with members via zoom Thursday to decide whether to proceed with the strike or not.

He said they will present government’s proposals to the members at the meeting and allow the congress to decide the way forward.