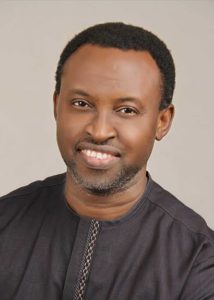 The AfCFTA aim to bring together all 55 member states of the African Union covering a market of more than 1.2 billion people, including a growing middle class, and a combined gross domestic product of more than $3.4trn.

In terms of numbers of participating countries, the AfCFTA will be the world’s largest free trade area since the formation of the World Trade Organization.

The main objectives of the AfCFTA are to create a single continental market for goods and services, with free movement of business persons and investments, and thus pave the way for accelerating the establishment of the Customs Union
Anatogo, who is also the Special Assistant to President on Public Sector Matters, He said that across the 36 states at subnational levels, there is an understanding of what the AfCFTA was all about.

He noted that it would be easier to get each geo-political zone to focus on products they have comparative advantage to overcome the issues of funding and value chain.

He said: “We have also organised ourselves along regional line in our conversation so that every state knows what every other state is doing and we have already started seeing commonalities of what we are doing and in terms of the challenges that we faced, we have started sharing ideas on where we can work together”.

“We have commonalities in terms of where to play, where the priority products and services are, we have the understanding of capabilities we need to build and also went as far as patronising what to focus on”.

Speaking on behalf of South-South, the Coordinator, Delta Export Initiative, Shimite Bello, explained that South-South geo-political zone has resolved to embark on the production of palm oil, cassava, aquaculture, fashion, art and crafts.
Bello, revealed that states in the region is working to create enabling environment and for the proper take-off of the implementation of AfCFTA.

Olufemi Ajayi, Ekiti State Commissioner for Budget and Economic Planning, who spoke on behalf of South-West, disclosed that a technical working committee had been constituted to come up up with a workable implementation plan for the region.

He urged the Federal Government to streamline the mandates of regulatory institutions such as the National Agency for Food, Drugs Administration and Control (NAFDAC) and Standards Organization of Nigeria (SON) to forestall duplication of functions.

Also speaking, Director General of Niger State Investment Promotion, Fatima Wushishi, said to drive the implementation of AfCTA, quality infrastructure and institutionalisation of standards must be provided, stressing the need for States to collaborate rather than compete.

On his part, Eghosa Omoigui, who Represented the Nigeria Governors’ Forum, said the states across board has shown readiness to implementing the decisions reached at the workshop, adding that the NGF would continue to prioritise AfCFTA to achieve competitiveness.