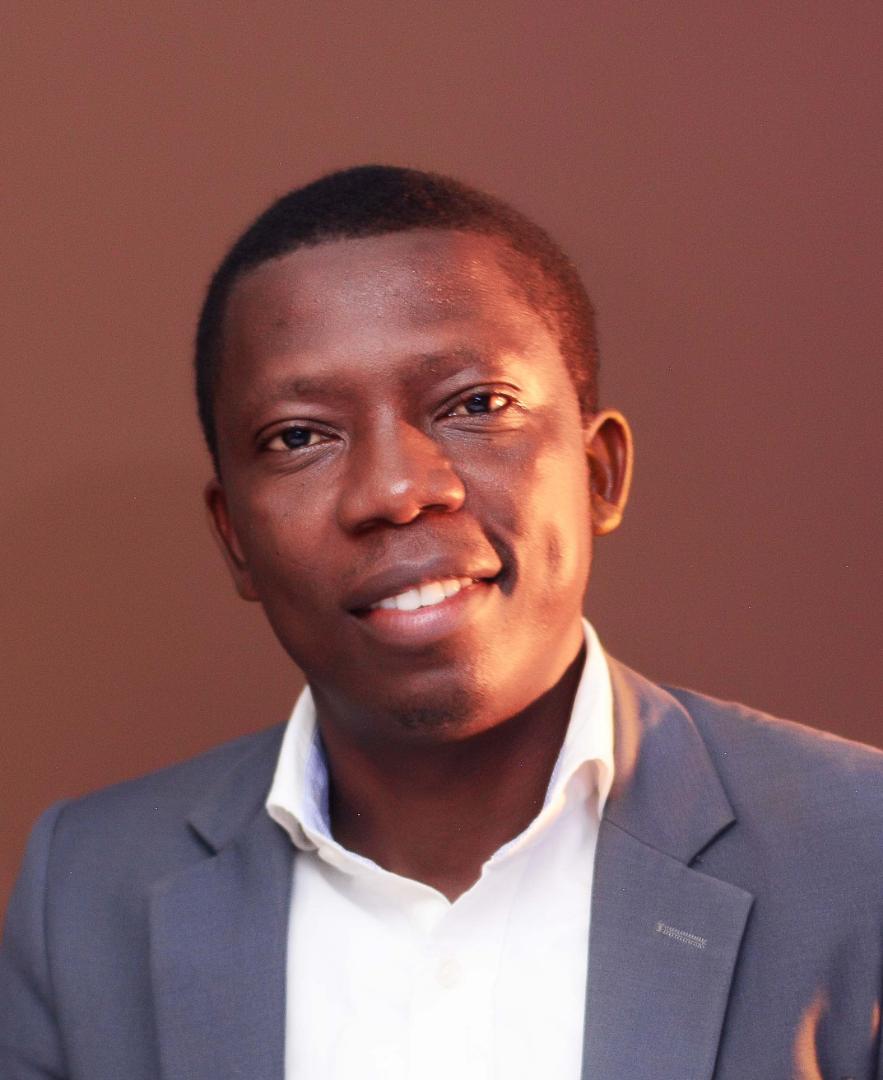 ABA is the largest voluntary association of attorneys and legal professionals in the world.

The award presentation at the ABA first ever Hybrid Annual Meeting was scheduled for a live broadcast on Thursday, August 5, 2021 between 11:30am and 12:00 Central Time for people across the globe to view virtually from the comfort of their homes and offices. 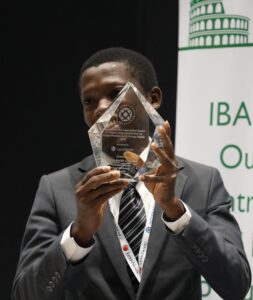 In a statement issued by ABA President Patricia Lee Refo, she said Oyinlade has “advanced solutions to human rights issues across Africa, including the South Sudan political crisis, the Central African Republic crisis, the Congo Democratic Republic armed conflict and Libyan peace talks,” She also praised his contribution to the African Union on the implementation of the African Youth Charter. In earlier statement, Jinny Choi on behalf of the Association said the award was being presented to Adeola Oyinlade “in recognition of his exceptional commitment and contribution to the advancement of human rights in Nigeria”.

In October 2018 in Rome, Italy, the world body of Lawyers, International Bar Association (IBA), named Adeola Oyinlade the IBA Human Rights Lawyer of the year for his outstanding contribution as a Legal Practitioner to human rights advancement.

This is the second time the Nigerian lawyer, who doubles as the Principal Partner of Adeola Oyinlade & Co; a law firm based in Lagos and founder of Constitutional Rights Awareness and Liberty Initiative (CRALI) would by recognized by global legal professional community for his human rights work in three years.

Oyinlade, a member of the National Committee against Torture (NCAT) pioneered and unveiled the first ever human rights empowerment app in multiple languages called “Know Your Rights Nigeria’ in 2016 in order to reach more people and break barriers posed by language and location. On the “Know Your Rights Nigeria” app, there is an option to chat with the lawyer and his team of 50 lawyers on human rights issues daily and they respond to all inquiries and follow up on complaints. Users of the app report abuse of rights anonymously, and even choose to access the content in English or Pidgin (widely spoken in West and Central Africa), and in major local languages like Hausa, Igbo and Yoruba spoken by over 100 million people in Nigeria with over 280,000 issues responded to on all the organization’s platforms over the years.

His simplifying of rights and safeguards to the understanding of the ordinary people on the streets, thereby making it accessible in languages of choice for users with mere tap of buttons in the palms, has proved effective for its free access, speedy dissemination of information and free legal support with thousands of people empowered. His rights empowerment app in major local languages has made a real difference for the situation of women and the poor as the platform which people use to report abuse has been instrumental in uncovering systemic violations of rights in Nigeria.

In 2019, Oyinlade was engaged by Konrad-Adenauer-Stiftung, a German foundation promoting democracy in Nigeria to train some senior government officials nationwide on human rights and social justice. Aside inspiring university students within and outside Nigeria on human rights and public interest careers, he has set up a training unit for young lawyers and volunteers to enhance the quality of the empowerment offered locally to victims of human rights abuse in Nigeria.

At the regional level, through advocacy, the Nigerian international law expert has proffered solutions to armed conflict issues in African countries including the South Sudan Political Crisis, the Central African Republic Crisis, the Congo Democratic Republic Armed conflict, and the Libyan peace talks among others with impact. While Oyinlade has contributed his expertise to the African Union Commission by delivering papers on the implementation of African Youth Charter and made recommendations on reforming national laws in compliance with the regional youth charter, he has equally graced the United Nations’ speaking platforms on his human rights work and social innovation across many countries of the world.

While accepting this year’s American Bar Association International Human Rights Award, Oyinlade expressed his heartfelt thanks to the American bar and everyone involved in his recognition. According to the Nigerian lawyer, “I am sincerely humbled by this recognition, particularly honouring my human rights work that has arrested my heart, soul and tireless efforts for over a decade in my home country, Nigeria.”

“In the last 13 years, I have seen that all I needed to contribute to expanding the frontiers of human rights was courage. It is by courage that speaking truth to power and standing for the oppressed can keep hope alive. Courage that super power that we all have but only few decide to use. It is only courage that can make one believe in a vision when it appears that one is alone. It can only take courage to fight injustice even in the face of danger. Only the courageous act when others look away. Mine is a journey of standing for human rights, offering pro-bono legal services to the poor, pioneering new ideas and developing new methods for human rights empowerment to help prevent destabilization of societies and for non-violent interrelation in Nigeria.” Oyinlade said.

While recognizing the importance and impacts made by several human rights activists both alive and late in Nigeria, he said “today, I recognize the human rights community in Nigeria, particularly those who use the instrumentality of laws for justice, those on the streets and virtually championing the cause of human rights and justice in Nigeria. They are our heroes and I dedicate this honour to you all.”

While charging lawyers to play more roles in advancing human rights across the globe, Oyinlade remarked: “just like I emphasized in Rome, Italy in October 2018 when I was receiving the IBA Human Rights Lawyer of the Year Award, the world is looking up to we lawyers in using our legal expertise as tools of problem-solving. The world, more than before, needs our collective efforts to sustain peace and ensure inclusive sustainable development and respect for human rights for all. Let us remain courageous individuals and groups committed to shining the light on the dark corners of the globe, whenever human rights violations occur.”

In May 2021, Adeola Oyinlade was honoured in his home State, Ondo, as the Young Man of the Decade alongside Governor Oluwarotimi Akeredolu (Man of the Decade) by Trace News Magazine “in recognition of his human rights activism, pro bono legal services to the less privileged, sensitizing the people on their rights, selfless commitment to nation building in the last ten years and performance as a United Nations Peace Ambassador”.