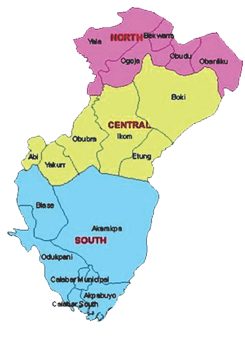 Transformational leaders are those that ignite the passion in men, see virtues in hopeless situations and encourage men to hold tenaciously to their dreams while engendering them to utilise their God’s given potential(s) for the betterment of themselves and society in general. 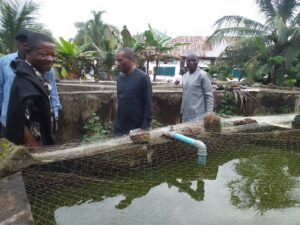 Taking round the various segments of the farm that includes, Tilapia, Catfish, Poultry, Snail, Hatchery, Tree Crops among others by an anonymous Chief Executive Officer (CEO), Dr Usani expressed joy over the initiative noting that with little support from the government, the farm will do much better and employ more people particularly teeming youths roaming the streets, hence reducing the crime wave in the society, meeting the nutritional needs of the country and also contributing to Gross Domestic Product (GDP).

Taking time to check each segment of the farm and asking questions, the PRP Chieftain wondered why the government saw no need of encouraging such enterprises in the State.

Sharing his thoughts at the Farm House with staff members, party supporters, and a clergyman, the erstwhile Niger Delta Affairs Minister advised young people to always strive to make money by working legitimately with their sweat and brain instead of running after some politicians which meant no good for them.

Believing that the wealth of the world is under the ground and humans, the Nko-born politician encouraged young people, in particular, to be prudent and accountable in all they do.