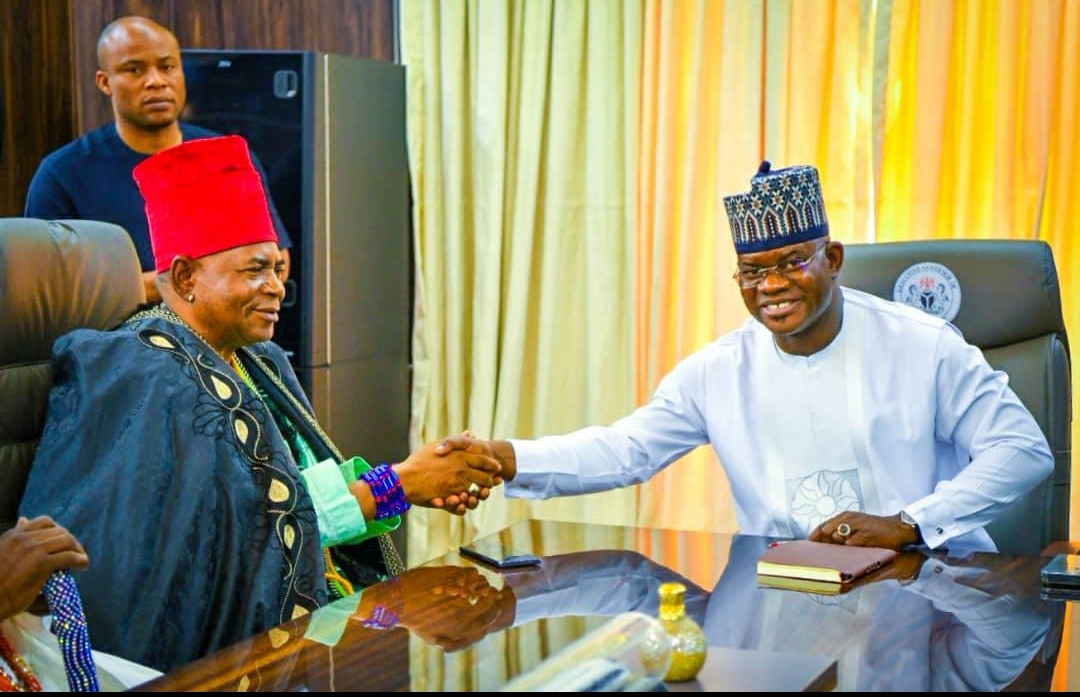 Your ascension is divine, not human interference – Gov. Bello to Attah Igala –designate

Your ascension is divine, not human interference – Gov. Bello to Attah Igala –designate 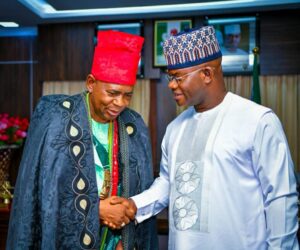 Kogi State Governor, Yahaya Bello has congratulated the Attah of Igala – designate, Prince Mathew Opaluwa Ogwuche Akpa II over his well deserved ascension to the stool of his fore fathers noting that his ascension was by the making of God Almighty and devoid of human interference.

The Governor gave this congratulatory remark on Monday when he officially received the royal father at the Government House, Lokoja for the first time noting that he was blessed to see the ascension of a first class paramount ruler in the state and such was a great honour.

He added that It was his usual character not to interfere in the selection or upgrading of any traditional ruler or stool while his government ensured that fairness, equity and justice prevailed at all times and that was why it has earned the cooperation and understanding of every traditional ruler in Kogi state

The Governor said that such disposition plays a pivotal part in the successes recorded in the state in areas of security, unity, good governance and cohesion which the state have witnessed among its citizens and those who have come to live in the state

He noted that the royal father’s proactive engagement in resolving existing crisis was an indication and sign of an already blessed reign, asserting that such approach was what a traditional ruler should do

The Governor said that it was the desire and prayers of his government to bequeath a system whereby his successors would emulate and be guided by traditional institutions on matters of dignity and righteousness adding that the Royal father was a man of impeccable character, honour, dignity and exposure

He prayed for Long life and prosperity on the throne while he directed the Ministry of LGA and Chieftaincy Affairs to expedite action in fixing a suitable date for the official coronation ceremony and presentation of staff of Office.

The Attah Igala- designate Prince Mathew Opaluwa Ogwuche Akpa II in his response thanked the Governor for his support and fairness throughout the process pledging his commitment to ensuring peace and unity of the Igala Kingdom and the state throughout his reign while cooperating with the state government to achieve this feat.

In his remarks, the Commissioner for Local Government and Chieftaincy Affairs, Barr. Salami Momodu Deedat noted that the hitch free process of the selection of the Attah of Igala was a dividend of a New Direction.

He reiterated that the process was totally free of government interference while due honour and reference was given to the stool and a popular person, accepted by the people emerged.

He expressed that the Ministry was confident that the royal father would collaborate with the government towards achieving set goals.