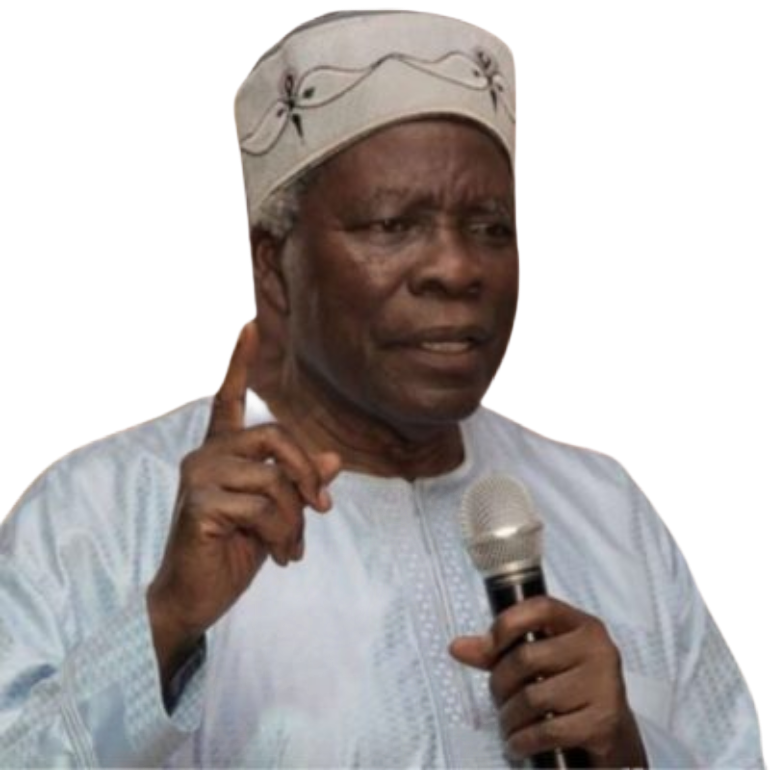 YORUBA NATION SELF-DETERMINATION STRUGGLE: A STATE OF THE NATION and NOT OF TINUBU

TINUBU IS ONLY AFTER HIS PERSONAL INTEREST, HE CARES NOT ABOUT THE WELFARE OF YORUBA PEOPLE 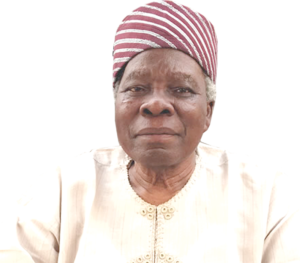 I come with love this afternoon for all Yoruba people at home and in the diaspora, I am doing this program, specifically for our people who are not Yoruba but interested in our struggle for self-determination. People who are asking too many questions. We are now at a stage when most of our activities are concentrated in persuading most of the international communities to give its support to our struggle and we are succeeding considerably.

Remember that we started mainly in 2019 and today, we have gone a long way in getting many international agencies and governments to be on our side. But they are asking questions and the questions needs to be answered and I am answering now. You see many people among us who are prominent citizens of the Yoruba nation who are running around to become senators, governors etc in Nigeria. The international communities need to be informed about what is happening.

The Yoruba people have decided that they want their own country. We have decided that since 2019 and there is no looking back. We want our Yoruba nation now. That is the decision of the overwhelming majority of the Yoruba. However, there are some of us who think they have done a lot for some political friends in Nigeria and they want to earn the benefit of it. One of them said, “I am the next person, emilokan.”

*AN INDEPENDENT YORUBA NATION AWAY FROM NIGERIAN HAS NO ALTERNATIVE*

Well, we don’t grudge for that, but what is important in that is that they are doing that for their personal gain and not for the welfare of the Yoruba people. What the welfare of Yoruba people demands today is that every Yoruba woman, man and child demands today is that we walk peacefully to taking our nation out of Nigeria. That is what is in the interest of the Yoruba Nation today. And why is that? The reason is that for 62 years since independence, Nigeria levied war on the Yoruba has been like a death house for the Yoruba nation. Only two years after independence, the Nigeria federal government organized a surreptitious move to disrupt the government of our western region and to use one of our most prominent leaders against the rest of our people and unfortunately, they succeeded then and Nigeria has been dragging our nation down steadily ever since.

By 1960, we were far and away the most developed part of tropical Africa. We were the only people with free education and a whole lot of achievement of modern development, a number of industrial estates, an investment fun, the western region development commission that had holdings in banking, real estates and even companies. We had established the first television on the African continent even before some European had television. We were heading very strongly towards becoming a prosperous and modern society. And we were doing all that under our leader, Chief Obafemi Awolowo in the 1950s.

*THERE’S GENERAL COLLAPSE OF INFRASTRUCTURE IN WESTERN NIGERIA, TO TRAVEL ON OUR ROADS NOW IS A GREAT DEAL OF PAIN. YORUBA LAND, HITHERTO A FOOD BASKET OF THE NATION NOW RELIES ON OTHER PEOPLE TO SUPPLY THEM FOOD.*

But when the Nigeria became independent, the first thing that the federal government did was to pull down our region. We were going too fast and they wanted to pull us back and push us down and they succeeded. Since then, our western region has been going further down. So now we have reached a point at which our educational system has lost standards. Our children are no longer learning at school, and many of them are running away to foreign countries to go and get good education.

Our university at Ife, which we built at great expense, is being destroyed gradually by federal government. There is ongoing general collapse of infrastructures in Nigeria. We are suffering abominably. We don’t have good federal roads in our region anymore. A former president of Nigeria, General Obasanjo said a few days ago, that to travel in the western region now is a great deal of pain.

*NIGERIA IS NOT FOR THE YORUBA PEOPLE ANYMORE; YORUBA PEOPLE CONTESTING ELECTIONS IN NIGERIA ARE DOING A TERRIBLE THING TO THEIR FAMILIES*

But we have been dragged down. As I said before, between 1962 and now, our nation has been brutalized, seriously brutalized. We don’t have roots in our land anymore. We cannot travel anywhere. Most of our cities that had water in the 1950s now don’t have water. Our schools have lost quality. Our teachers are not being paid appropriately and many of them have turned away and found a way to survive. One important Yoruba leader said that he went to a school once and he found the children picking melon seeds for their teacher because the teacher was trying to survive by buying raw Melon seeds in the market and bring it to the school for the children to shell them. That’s the kind of things that we’re doing. We can no longer teach our language in our schools. We can no longer teach our history. The Obafemi Awolowo University that our people built at great expense is being destroyed. I’ve visited the university a couple of years ago since I came back. I found that the university was giving a pittance for development capital (only 33 million naira per annum) in 2020. The same year, Amadu Bello University in the north was given 370 million naira.

A few days ago, one of our governors screamed out because the federal government would not allow us to buy modern guns for the young men we have recruited to defend us under the name Amotekun. Meanwhile, they were allowing similar governments in the north to buy sophisticated modern weapons. Now you ask me, Nigeria is not for the Yoruba people anymore. And so our people who say they are contesting elections there, we have no fight with you, we will not fight; we will not start a fight in Yorubaland, but we want you to know that you are doing a terrible thing to our people. You are doing a terrible thing to your own parents and your own family. Your people are being killed and you want to dine with the killers? It’s unbelievable.

Some young men may run away from the self-determination struggle and come and join you and you may parade them because they see you sharing money. That’s fine, but those boys don’t represent the strength of the self-determination struggle, they do not. If they tell you that they’re a strong part of the struggle, they’re deceiving you. For more than a year now, they have not been part of the struggle in any meaningful manner.

*BOLA AHMED TINUBU IS USING WHAT I TOLD ALAROYE NEWSPAPER ABOUT HIM TWO YEARS AGO TO BLACKMAIL ME, HE IS CREATING A LEGACY THAT HIS GREAT-GRAND CHILDREN WOULD BE ASHAMED OF*

Our brother, Tinubu, you are fighting for yourself alone when your whole family is perishing. There is fire on our roof as a nation. It is unbelievable that any Yoruba man would do to his people what you are doing to our people now. You have been carrying around a video of an interview that I granted Alaroye in the campus of Obafemi Awolowo over two years ago. They asked me that if there was no struggle for self-determination and you want to recommend a Yoruba person for President of Nigeria, who would I recommend? And I said yes! If that is so, I would recommend Tinubu, without any hesitation. But that is if the times are right, the times are not right, you know, I do not endorse any Yoruba man, Tinubu or any other for any elected position, any position at all in Nigeria at this time. I stand fully and without looking back, with the Yoruba struggle for self-determination for our own country, for Yoruba nation now!

That’s the truth of the matter. Dear Tinubu, please don’t deceive yourself. You cannot deceive our people. You think you can carry that kind of video around and deceive our people, our people are smarter than that. The world is watching you. Our history will judge that at a time when our nation needs to stand up and defend itself, you started to bring up an agenda. A personal agenda of your own before them. You are asking us to vote for you. We will not vote for you. Whether it is for the Presidency or the Senate or House of Rep or whatever, we will not vote for you. We would have taken our country out of Nigeria by then. So, we advise you now to return to your people. I am advising you now, return to your people and wash your soul clean. You are doing a thing that is unpardonable.

Tinubu, you are destroying the Yoruba future. You are creating a legacy for yourself that your children’s children will be ashamed to know in the future. We ask you to return. You can still save yourself now and your future. We are determined to take our country. And I’m standing solidly with the young people who are running around trying to take their country. Oh! you might say they are fighting themselves, that’s what young people do everywhere. That does not mean that they don’t want their country, they want their country. And the Lord God, the creator of All Nations, has given them that country, and very soon, the Lord will deliver their country into their hands. Then it will be their duty to settle down and begin to do for their people the kind of government that Yoruba people have been giving to their people from the beginning of time, a government whose objective is the improvement of the life of the people of our nation.

It will come. I have confidence in our young people. They will gather together and build for our people the most advanced country in the world. They will surprise the world. I have confidence in them. That is my message. And that’s the message of the overwhelming majority of Yoruba people. I have no personal animosity towards any Yoruba person seeking election. But I am sorry for you. You are creating a legacy that your children’s children will be ashamed to know about very soon in the future of the world. My advice? Turn around and come to support your people. This is the time to show that you are a man. You have men. You have the heart of men.

I thank the Lord for what he has done for the Yoruba people abroad and now, people are stepping forward to support us. We will win our country very soon. And the name of God will be glorified in it. Thank you all