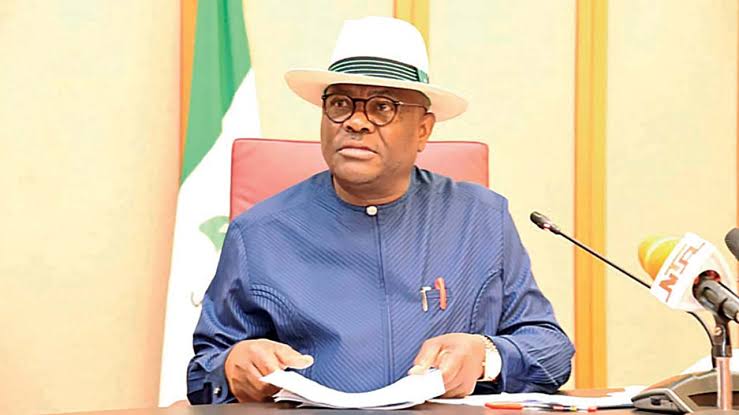 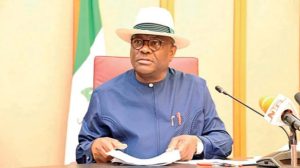 As the face-off between the Federal Government and Rivers State continues on who’s right it is to collect Value Added Tax VAT,  Rivers State Governor, Nyesom Wike, has  threatened to “take over” all offices of the Federal Inland Revenue Service in the oil-rich South-South state if the government agency continues with what he calls “bullying”.

The governor spoke at a stakeholders’ meeting in Port Harcourt, the state capital, while addressing business owners in the state.

The governor told the oil firms, construction companies and other business owners operating in the state to start remitting their Value Added Tax to the state government beginning this September.

It will be recalled that the  Federal High Court sitting in Port Harcourt in its judgment last month in a suit marked FHC/PH/CS/149/2020 held that the Rivers State Government had the powers to collect VAT within its territory.

All attempt by the FIRS for stay of Execution was not successful as the presiding judge, Justice Stephen Pam, rejected the application, saying granting it would negate the principle of equity.

Similarly On Monday, the Lagos State Government toed the path of Rivers State as a bill to empower it to collect VAT scaled second reading in the state House of Assembly.

However  Gombe State has called for understanding from other state governments on the sharing formula of the Value Added Tax (VAT) generated across the country.

The state’s Commissioner for Finance and Economic Development, Muhammad Magaji, made the call at the opening of Technical Workshop on development of the Medium-Term Sector Strategy (MTSS) for the state the Daily Trust Reports.

Magaji said the other states, especially those from southern parts of the country, should put sentiment aside and become brothers’ keepers in sharing the VAT generated in their respective states.

The call came following steps taken by Governors Babajide Sanwo-Olu of Lagos and Nyesom Wike of Rivers to start the collection of VAT in their states.

Magaji posited that with the dwindling revenue from the federation account, it was obvious that only three of the 36 states in the country could survive without support from the federal government.

“The VAT issue will have adverse effects not only on Gombe state but almost all the states of the federation. I was part of the discussion few weeks ago by all commissioners of finance across the country.