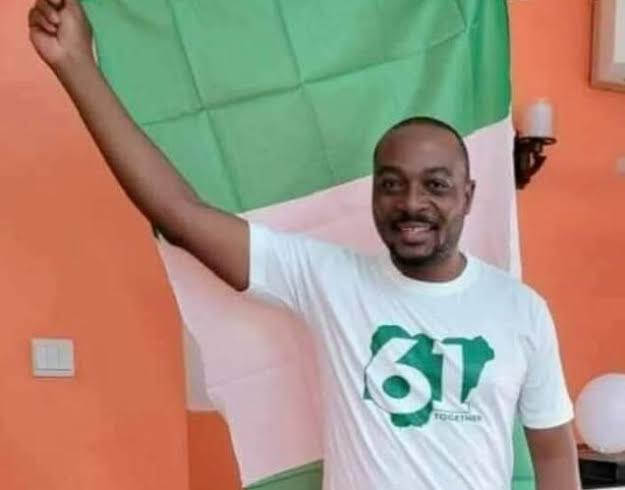 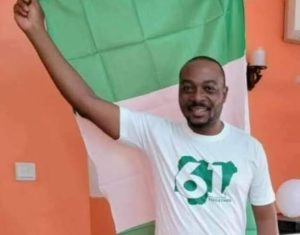 During interaction, the Police said the driver failed to report the case to the police and went home where he packed his car in a garage in Mpape.

When asked how there suspect was caught, the Force PRO said the police were able to resolve the case after tracking Tordue’s phone to the garage in Mpape, which led to the arrest of the suspect after he was identified as the owner of the car.

He said police investigators were able to track and identify the body of Tordue’s body in Wuse General Hospital around 11:30am on Thursday.

Narrating what happened the suspect, Itoro Clement said he was driving across the said way when he hit Tordue and ran away after fear of mob and armed robbery attack.

in his words, “I ran into people running across the express and believing that they were robbers, I became afraid after hitting the victim.

” I didn’t know he was a journalist as that area is notorious for armed robbery. I saw the phone stuck in my car after I packed in Mpape and threw it away. Children picked the phone and used it to make calls and that was how I was caught.”

Late Tordue who was covering the House of Representatives, was last seen on October 13, 2021.

After the close of work that day, he was said to have alighted from a cab at Total filling station, close to the Force headquarters, and headed for B.J’s garden, in the company of a female relative.

Items found on the deceased body according to the Nigeria Police were his Official Identity card with the Vanguard Newspaper, a temporary Identity card of the National Assembly where was a correspondent until his death and Teo Automated Teller Machine Cards with his names boldly inscribed on it.

It will be recalled that the FCT Council of the Nigeria Union of Journalist NUJ staged a protest to the headquarters of the Nigeria Police Force when Henry Tordue Salem was declared missing.

The Force PRO CP Frank Mba says, Motorists and another road users should not be afraid to report the law enforcement officers whenever there is a mishap and that could save a life when necessary.

Soludo, the Rising Sun of Anambra or a Continuation of a Fading Sun
Previous Post
SECURITY: Until Security Agencies See The Media as Partners, Not Much will be achieved – Comrade Ogbeche.