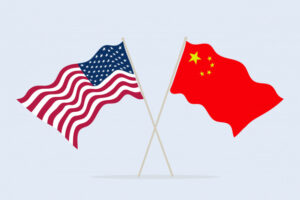 The United States led governments around the world in calling for the restoration of Myanmar’s democracy on Monday after the military staged a coup, arresting civilian leader Aung San Suu Kyi and other politicians.

The United States “will take action against those responsible if these steps are not reversed”, White House spokeswoman Jen Psaki said in a statement.

She added that the US opposes any attempt to alter the outcome of the November elections, which handed Suu Kyi’s National League for Democracy (NLD) an overwhelming landslide but sparked allegations of vote irregularities by the routed military-backed party.

Newly appointed US Secretary of State Antony Blinken also called on Myanmar’s military “to release all government officials and civil society leaders and respect the will of the people of Burma as expressed in democratic elections on November 8.”

Before the coup, Washington, alongside several other Western nations, had urged the military to “adhere to democratic norms” in a January 29 statement that came as the commander-in-chief threatened to revoke the country’s constitution.

“The vote of the people must be respected and civilian leaders released,” he tweeted.

China, which regularly opposes UN intervention in Myanmar, called for all sides to “resolve differences.”

“China is a friendly neighbour of Myanmar and hopes the various parties in Myanmar will appropriately resolve their differences under the constitutional and legal framework to protect political and social stability,” foreign ministry spokesman Wang Wenbin said at a press briefing.

“These developments represent a serious blow to democratic reforms in Myanmar,” spokesman Stephane Dujarric said in a statement.

“We request the release of stakeholders including state counsellor Aung San Suu Kyi who was detained today,” Japan’s foreign ministry said in a statement urging “the national army to quickly restore the democratic political system in Myanmar.”

“The outcome of the elections has to be respected and democratic process needs to be restored,” the former Belgian prime minister tweeted.

“We call on the military to respect the rule of law, to resolve disputes through lawful mechanisms and to release immediately all civilian leaders and others who have been detained unlawfully,” Australian Foreign Minister Marise Payne said.

“We have noted the developments in Myanmar with deep concern. India has always been steadfast in its support to the process of democratic transition in Myanmar. We believe that the rule of law and the democratic process must be upheld,” India’s Ministry of External Affairs said in a statement.

Singapore’s Ministry of Foreign Affairs expressed “grave concern about the latest situation in Myanmar,” adding hopes that all parties would “exercise restraint.”

But Philippine presidential spokesman Harry Roque said the situation is an “internal matter.”

“Our primary concern is the safety of our people, he said. “Our armed forces are on standby in case we need to airlift them as well as navy ships to repatriate them if necessary.”

“We condemn today’s developments in #Myanmar. We urge military leaders to adhere to democratic norms and respect the outcome of the elections,” Norway’s Foreign Affairs Ministry tweeted.

Bob Rae, Canada’s ambassador to the United Nations, tweeted that Myanmar’s military “wrote the Constitution this way so they could do this.”

“The Constitution of 2008 was specifically designed to ensure military power was deeply entrenched and protected,” he said.