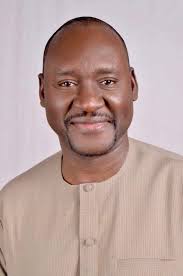 The Transition Monitoring Group, TMG, has berated the Independent National Electoral Commission, INEC, for extending the deadline for the conduct of primary elections and submission of the list of nominated candidates for the 2023 general elections, from 4th to 9th of June 2022.

Chairman of the foremost election monitoring group, Comrade Auwal Musa Rafsanjani, in a statement on Friday, lamented the extension noting that the group received the news with great worries and concerns.

He said that at a time when Nigerians are beginning to have confidence in the electoral umpire some powerful forces are trying to undermine and pressurise it to doing their biddings.

Comrade Rafsanjani stated that: “A lot of political parties have made efforts in conducting their primaries and if the ruling party is still uncertain about the day to conduct its presidential primary elections that shouldn’t be the basis for the extension.”

The Group also condemned the vote-buying incidents in the ongoing political party primaries across the country, stating that “any financial inducements on delegates were tantamount to the mortgaging of the country’s future.”

Mr Rafsanjani said: “We are appalled by the incidents of vote-buying and sundry financial inducements on the delegates in the ongoing political party primaries across the country.

“Delegates should note that they don’t have to go to the extent of mortgaging Nigeria’s future on the altar of ephemeral financial gratifications. They should think of Nigeria first before any other considerations.

“Our observers reported that aspirants’ agents were largely involved in coordinating vote-buying for various persons seeking political offices, which is unfortunate.

“It should be noted that the influence of money in an election has far-reaching implications in Nigerian politics because any politician that spends to be voted for will surely work towards recouping the money at the end of the day, and it is still the voters that will be at the receiving end.”

Mr Rafsanjani, lamented the incident that has led to an alarming increase in the rate of foreign exchange, saying that the Nigerian Naira has now reached an all-time high of N610 to a dollar.

“As the country is witnessing various economic challenges it is worrisome to see that the amount of money that is exchanging hands in this period has led to the sky-rocketing of the Naira, it is at its all-time high of N610 to a dollar in the country,” he stressed.

The TMG boss, therefore, noted that the group will continue to monitor the electoral processes with a view to ascertaining the level of transparency and fairness in the process and report the same to Nigerians in the build-up to the 2023 general elections.

The group, however, commended the Independent National Electoral Commission (INEC) and security agencies for ensuring the smooth conduct of the party primaries across the country.