by BEN News Team
Share this postGet WidgetThree Agricultural revolutionaries representing Central Bank of Nigeria and NAMEL KIDNAPPED. NAMEL is one of the leading companies in Nigeria especially in Agro industrial revolution in the country. The company in association through a GOVERNMENT scheme to empower the farming communities has being working to get lands and farms ready for the... Read More

AFRIMA ADVOCATES FOR COVID-19 PALLIATIVES FOR AFRICAN ARTISTES, OTHER CULTURE INDUSTRY STAKEHOLDERS
Share this post
Get Widget
Three Agricultural revolutionaries representing Central Bank of Nigeria and NAMEL KIDNAPPED.
NAMEL is one of the leading companies in Nigeria especially in Agro industrial revolution in the country.
The company in association through a GOVERNMENT scheme to empower the farming communities has being working to get lands and farms ready for the mechanisation of the agricultural farming processes in the country until disaster struck Friday afternoon on their way between Abraka and Agbor in Delta State.
The CEO of NAMEL Dr. Ahmed Adekunle, CBN Officer Mr Chinedum and their driver, Emmanuel were kidnapped by unknown gunmen. 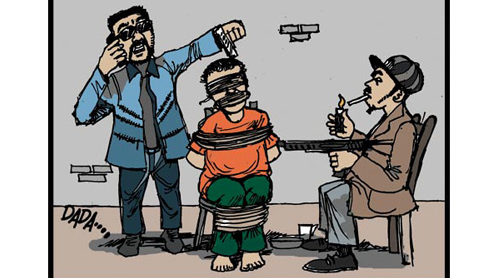 It was reliably gathered that a group of heavily armed persons Friday afternoon abducted them on their way to Abuja after inspecting various farm settlements across some Southern States on the unpopular Benin-Agbor Road. The attackers heavily armed, shot at their car from back, side-ways and the front causing their vehicle and driver to halt in the middle of the road.
The kidnappers kept them all night till Saturday morning before making contact with their families and demanding for a ransom.
The families immediately made contact with their brothers, Engr. Godswill and Mentoring Cmdt. Alistair who is a former Leader of Nigerians in Diaspora Organisation (NIDO).
The demanded request was a big issue and for days continued the process and negotiations for a peaceful settlement with the kidnappers.
When contacted, why the demand is being considered, Mentoring Cmdt. Alistair said, “for now the safety of they wellbeing, health and immediate release is paramount and non-negotiable. We give praise and thanks to God for the opportunity to hear and know what happened to them. For now, have to be positive on the outcome of this challenge”.
Our other efforts to contact Mr. Isaac Okoroafor, the CBN spokesman, so far, has been unsuccessful.
Whilst all efforts were made to contact NAMEL head-office in Abuja yielded no result but a source in the office of Delta State Governor, Senator Ifeanyi Okowa, told our contact that the state government is concerned about the incident which took place on the outskirts of the state border and at the same time the state government has increased measures to ensure more and stronger security applications across the state by top security agencies, expressing confidence that the three people would soon be release from their kidnappers.
As of this morning and during the filing of this report, the driver, Emmanuel was released as part of the deal and the two executives are expected to be released any minute from now subject to the negotiation.
Kidnapping for ransom is one of the biggest organised or gang crime in Nigeria and is seen as a national security challenge. The kidnapping are often violent and resistance always result in the death of victims. Thousands of Nigerians have fallen victim of the crime and have had to pay millions of dollars in ransom for their freedom. Kidnapping is seen as lucrative business and the shortest means to wealth by those involved in this crime. The current wave of abductions across the country makes every person a potential target regardless of social class or economic status unlike political kidnapping which started in the Nigeria’s oil rich Niger Delta region in the early 2000s and the one by terror group, Boko Haram in the Nigeria’s northeast and northwest that began in 2009 when the conflict there started. (W)
Share this post
Get Widget