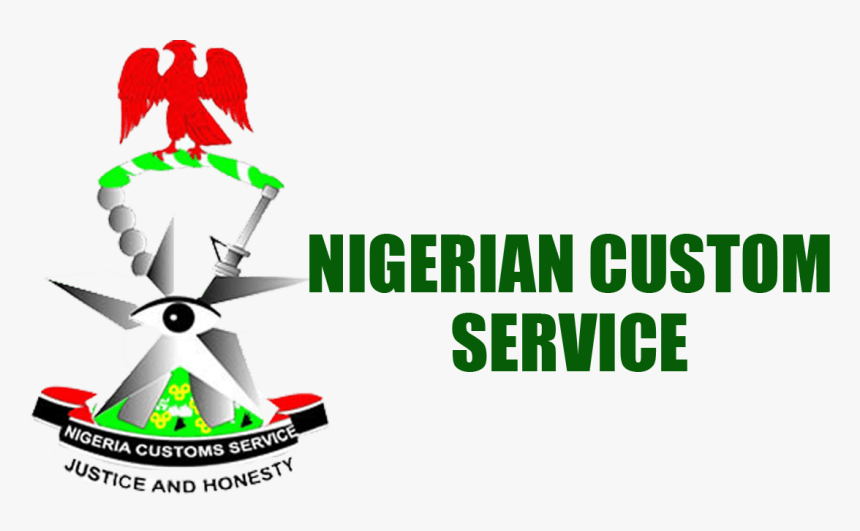 With the arrival of the 3 Scanners in 3 seaports of Apapa, Onne and Tin Can recently, and the determination to activate them into full action, as per the Press Release, is heart-warming to those who crave earnestly for its introduction into our cargo delivery processes.

The steps enumerated in the Press Release should be given full executive backing, by putting same in an official circular, after the sensitization of stakeholders and perhaps, to give stakeholders the opportunity to buy-in into the lofty initiative, make inputs/observations before actual  commencement/introduction of the scanning services.

This passionate stakeholder believe that this is one expected step taken by Nigeria Customs Service that will inch cargo clearance in the direction of actual trade facilitation, especially the move to subject all arriving cargoes through the Scanners, as they are being discharged from the vessels onto the terminals.

Great idea that will ultimately cut off delays associated with examining all cargoes, whether compliant or not.

Along with the reintroduction of the revised Scanner services, should be a deliberate effort at Data Collection of imported goods, the importers names/addresses, countries of Origin, classification, values, etc, for later analysis for profiling purposes, which must also take cognizance of the interacting Customs.

Brokers and personnel, and the relevant security agencies.

That way, once challenges/discrepancies surface on certain cargoes, putting a finger to the perpetrators/cargoes, will be as easy as just a click on the computer.

The introduction of these laudable initiatives is expected to put Nigeria, at least, closer to international best practices zone in Trade Facilitating countries of the world. 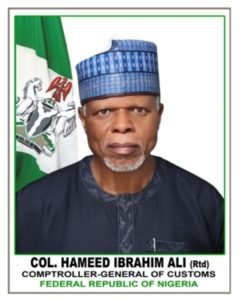 I seize the opportunity of this timely Press Release, to say more grease to the elbows of the Comptroller General of Customs – Col. Hameed Ibrahim Ali (Rtd), as I urge the HR, T & T, ICT and the SR&P departments of Nigeria Customs Service to come up with more innovative ways of clearing cargoes

through our international boundaries, easier, cheaper and more efficiently, without any human interface – if possible – and delivered to warehouses without any disturbances along the highways, in time and cost efficiently.

Right now, aside from the physical examination aspect of cargo clearance, most of the clearing procedures are carried out online/off-Ports, especially for compliant cargoes. As for non-compliant cargoes, one has to go through twists and turns, delays, frustrating moments, to turn non-compliant cargoes to seemingly compliant ones. Those are the ones that attracts the loudest and negative noises in the public space.

This stakeholder takes exception to heaping all the blames in the Ports system on Customs, leaving out other major players in the system like the importers, Custom Brokers, government and security agencies, terminal operators, from blame.

An Excerpt from the Press Release of 25 Nov 2021, as signed by the newly promoted Customs National PRO states thus: “The simplified standard operating procedure provide clear guidelines on the usage of scanners at all entry and exit points in Nigeria.

All containers are Pre-Scanned as soon as they are discharged from vessel.

Declaration, Assessment and Payment is made by the declarant.

Released Container is acknowledged and exited through the gate.

At the end of each day, a list of suspected containers is forwarded to the Terminal Operator.

Terminal Operator positions them for physical examination on the request of the Declarant.

Examination is submitted to the Scanner Manager for further action.

Released Container is acknowledged and exited through the Gate.”

Truth remains that despite the fact that Customs are touted as the lead agency in the Ports system, does not make them above the inter-ministerial determinants in Abuja. A situation where Customs releases and exits a cargo, and the shipping company or terminal operator refuses to issue the importer with DO or TDO respectively, in spite of the fact that they are not being owed, ostensibly because an agency of government has directed so, is not only frustrating, but tantamount to perpetuating criminality.

I hope in the nearest future, some of these shipping companies and terminal operators will be charged to court for unnecessarily delaying the delivery of cargoes. If there is cause to further investigate a cargo, such should be communicated by any interested agency of government to the Nigeria Customs Service, before such cargoes are released. 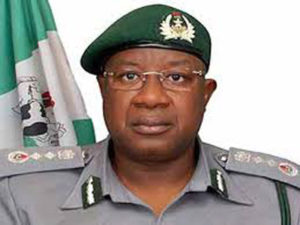 Once more, I express my profound gratitude to the Comptroller General of Customs – Col. Hameed Ibrahim Ali (Rtd) for this brave move and urge him to do more to etch his name further in Gold, just as his predecessor – Late Alhaji Dikko Inde Abdullahi did, when he initiated the PAAR and modestly modernized the cargo clearance process with the introduction of the Nigeria Integrated Customs Information System (NICIS II).

With Bit by Bit improvements periodically, we shall get there. 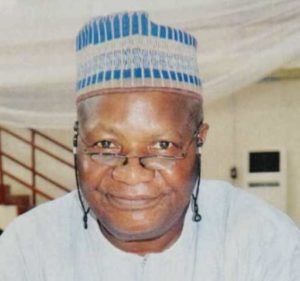