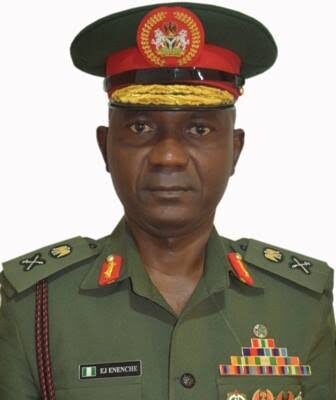 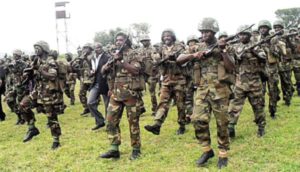 As Nigeria Celebrates it’s 60th Independence Anniversary, The Nigeria Military said a total of 321 Kidnapped Victims, has been rescued between July 1 and September 30, 2020.

While Presenting the third Quarter Armed Forces Operations Scorecard to Newsmen in Abuja, Coordinator Defence Media Operations, Major General John Enenche said in the period under review, a total of 869 Criminal elements were neutralised in different miliary operations across the country.

Other achievements of the Nigeria Military includes the recovery of a total of 9,040,300 litres of Diesel, 33,500 litres of Kerosine, 914, 707 litres of premium Motor spirit (PMS) and a cumulative total of 37, 117 barrels of stolen crude oil. In addition, a total of 1,708 arrests were were made as well as a large cache of arms and ammunition were also recovered. Four Million, Eight hundred thousand Naira (N4, 800, 000) cash was also among recoveries during the period under review.

Major General Enenche said withing the period under review, troops engaged in series of land , Maritime and air operations , involving both kinetic and non- kinetic activities across the country in major and subsidiary operations .

Major General Enenche said these numerous operations resulted in the deletion of several terrorist and bandits inhibition of activities of economic saboteurs as well as exposure and obviation of other criminal activities.

Major General Enenche said from the operation in the third quarter of 2020, it is obvious that the armed forces of Nigeria is wining the war against enemies of the country.

In his words, “Consequently, the Armed Forces of Nigeria will remain resolute and highly committed to this cause. it will sustain the offensive and will not relent until the peace is restored to every troubled zone of Nigeria”

“The General public is also assured of the commitment of the Armed forces of Nigeria to protect our economic assets.

General Enenche also coveyed the comendation of the Military High command to gallant troops of the Armed Forces and personnel of other security agencies involved in various operations across the country.