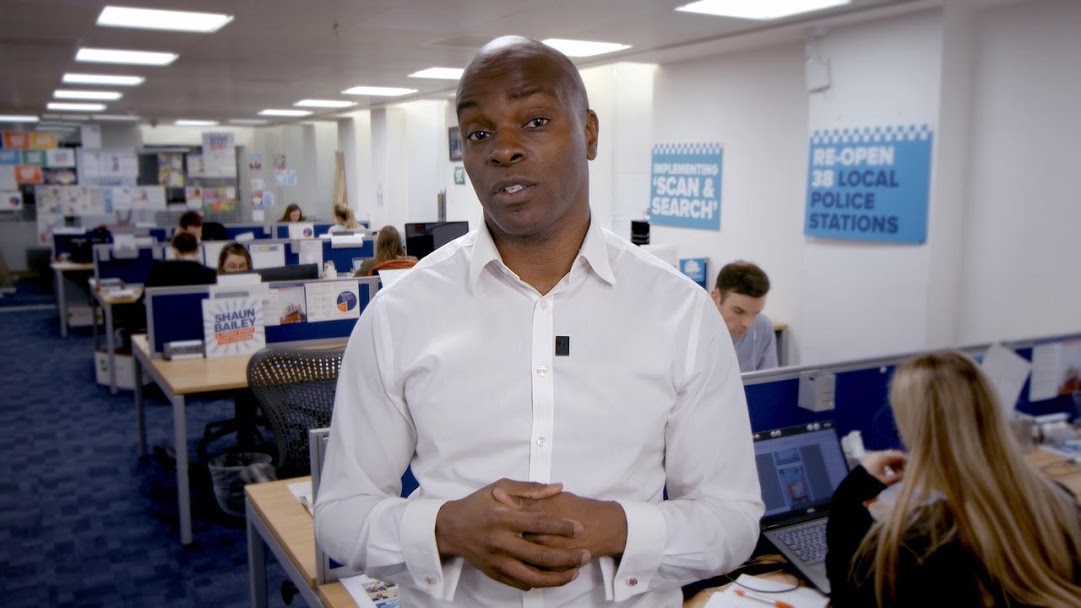 Shaun Bailey has pledged to roll back Sadiq Khan’s tax hikes and to make the city’s streets safer by reopening the police stations that Sadiq Khan closed, as well as hiring 8,000 new police officers. Shaun Bailey’s plan will save every London household over £300 and will give Londoners a fresh start.

Shaun Bailey criticized Sadiq Khan for raising the cost of living so substantially just as London is recovering from the pandemic. Shaun highlighted the ULEZ expansion, the congestion charge hike and Sadiq Khan’s 10% council tax increase and pledged to reverse all three of these decisions.

“So I came and that’s how I started Youth Work.

I know it isn’t big it isn’t flash, there aren’t hundreds of computer screens in here

But what is in here is a focus on moving those young people forward.

It just made this area liveable, we were a poor community but we had projects like this that made it great we had something special here.”

Shaun Bailey, when discussing his own time living in poverty, said:

“So when Sadiq Khan wants to raise council tax, he has to remember that a lot of Londoner’s live like this, with a tight budget.

If someone had raised my council tax that would have meant lunch money gone,

And when the mayor takes that money away, to cover a cost for something that he should cover himself.

“So when I sit here and I remember what it was like I remember that there’s a responsibility on politicians, not to waste people’s money.

You’ve got to make every single penny count and I’m not sure that the mayor does that.”