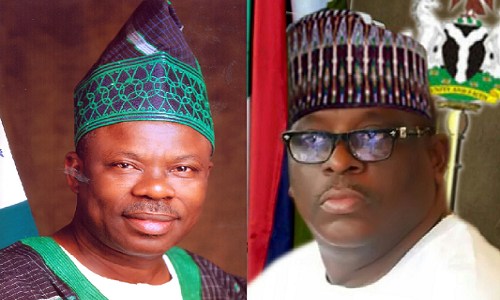 Senator Ibikunle AMOSUN, CON FCA, who is the Senator representing Ogun Central District in the Senate,  has expressed sadness over the death, today, of a leading politician and stakeholder of Ogun State extraction, Senator Buruji Kashamu, aged 62. 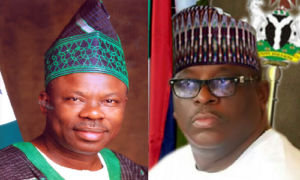 In a Press Release, signed by Alhaji Bola Adeyemi, his Media Assistant, Senator Amosun, who’s also the immediate past Governor of Ogun State said
“Death, once again, has robbed us of the contribution of an enigmatic politician of the PDP, who represented Ogun East Senatorial District at the 8th Senate, our dear brother Senator Buruji Kashamu”

He also said “although we belonged to different political persuasions, and disagreed on most issues, Senator Kashamu will nonetheless be remembered for his assertive presence in the political arena and uncommon doggedness”

” He fought a myriad of wars with every breath in his soul in the defence of whatever he believed in and for his personal freedom. Hate him or love him, he could not be easily ignored” according to him”

Senator Amosun prayed that the Almighty Allah, SWT, will forgive Kashamu’s earthly sins and give him eternal rest.

He expressed condolences to the nuclear and political family members of the late founder and financier of the Omo Ilu Foundation, the Ijebu Igbo Community, and Ogun State as a whole (ETB)